Boy with autism has adorable interaction with several Disney Princesses 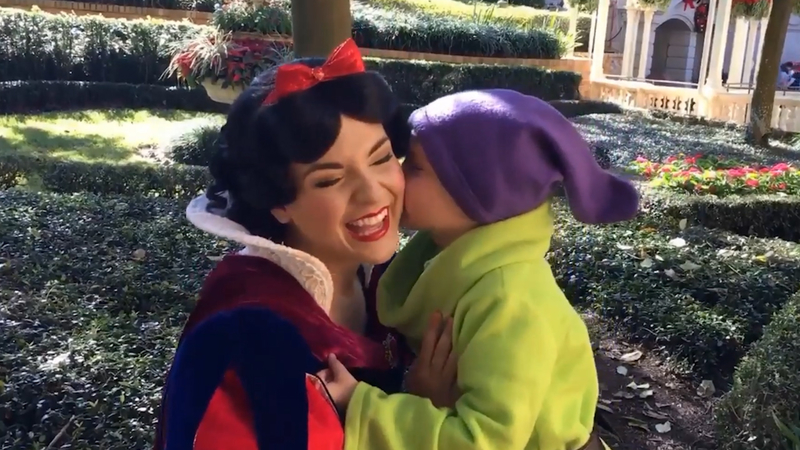 Boy with autism has adorable interaction with Disney Princesses

ORLANDO. Fla. -- A six-year-old boy with autism captured the hearts of several Disney princesses after handing out kisses, hugs, and gifts during a visit to Walt Disney World's Magic Kingdom in Lake Buena Vista, Florida, on Nov. 30.

Amanda Coley said her son Jackson, nicknamed Jack Jack, "lights up" when he meets Disney characters. She said her son's love for characters started at two and a half years old when he met Snow White.

Footage taken by Coley shows her son exchanging kisses on the cheek with Princess Tiana from "The Princess and the Frog" after giving the princess a gift. The video also shows the boy's adorable meetings with Rapunzel and Snow White.

"Jack Jack has autism so trips like this can be so difficult for him but seeing the characters just brings him so much joy," Coley told Storyful.