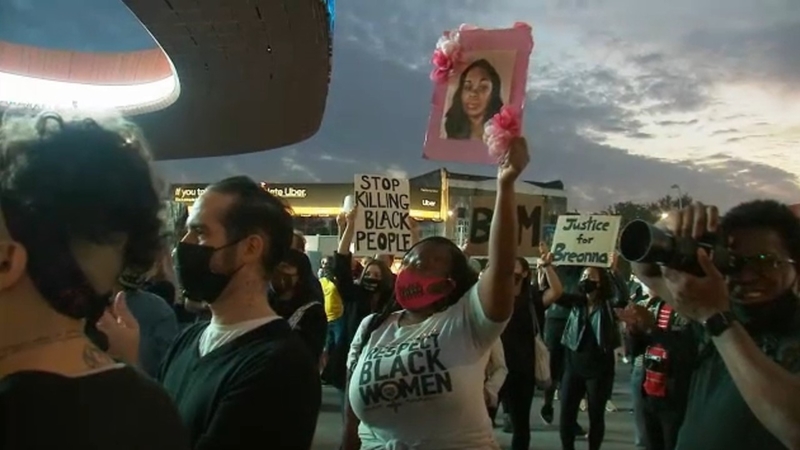 At one point, protesters sat down on the Brooklyn Bridge, as seen on video Tweeted by @JoyceMeetsWorld.

Traffic on the bridge was impacted, but it started to move again.

Earlier Friday, protesters gathered outside the Barclays Center for a rally.

Her name echoed throughout Greenpoint, with organizers making it clear this protest was not about abolishing or defunding police.

"We are out here for the injustices to Breonna. We are not out here for abolishing anything," one protester said. "We need people to understand, we are peacefully upset. We are pissed. And the reason why we are out on these streets is to let people know that the verdict they came to, that the conclusion that they came to is unacceptable!"