Authorities search for young boy who fell in Harlem River 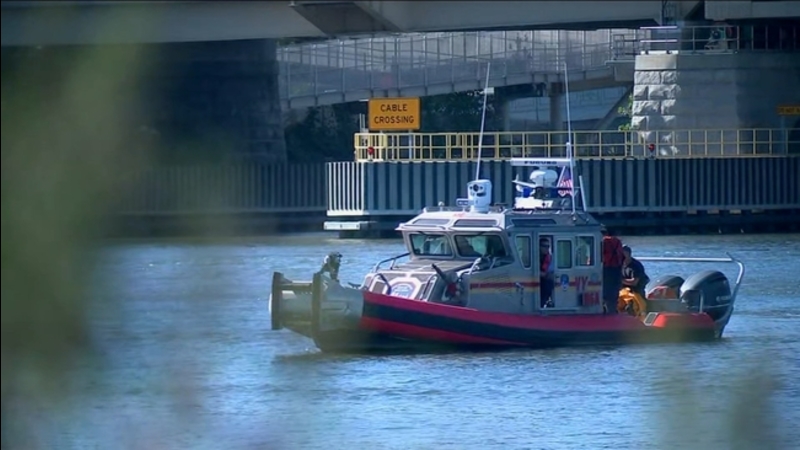 Police said they were called to Randall's Island just after 2:30 p.m. where the five-year-old was climbing a tree when he fell and landed in the water.

This happened near where the Harlem River and Bronx Kill meet.

Witnesses say the boy and his family were at Field 6 in Randall's Island Park for his brother's soccer practice. The first big game was Sunday, but as the kids practices, the little boy, police say, got distracted and began climbing a tree close to the water in the Bronx Kill. At some point, the boy lost his grip, fell into the water, and was quickly swept away.

He was last seen just downriver as the current carried him westbound.

Sources say some adults who were at the soccer practice, jumped in the water after the boy, but they were unable to get to him.

"I looked and heard screaming and saw parents going in the water. The two parents went in the water, and one more parent, and so I went looking and I called the police. I said, 'let me call in just to see what they say.' And that was it we couldn't find him anymore. The last thing I saw was a little arm sticking out," Luis Ramos, who was coaching the soccer practice at the time, said.

Searchers scoured the park on land, aided by an NYPD helicopter overhead while boats and divers searched the water.

Divers suspended their search Saturday night, but will be back looking for the boy on Sunday morning.

The Harbor Unit will still be patroling the waters overnight searching for the five-year-old.