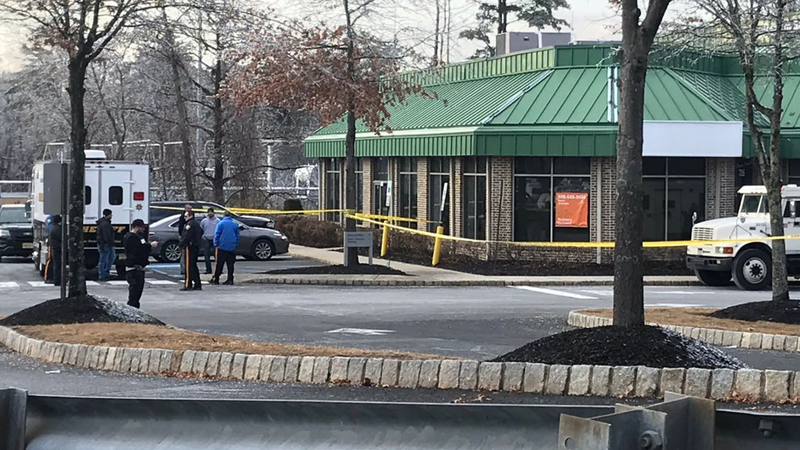 WAYNE, New Jersey (WABC) -- A suspected bank robber was shot by a security guard during an attempted heist in New Jersey Tuesday.