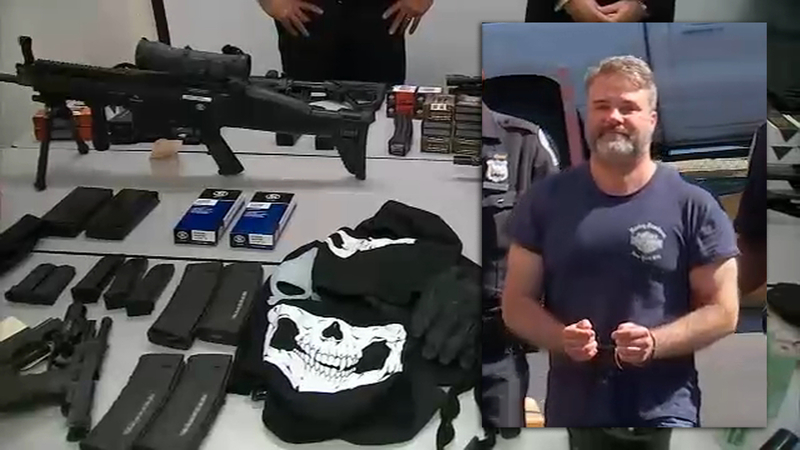 TUCKAHOE, Westchester County (WABC) -- Dramatic new video shows a plastic surgeon on Long Island describing in detail how he was stockpiling weapons, allegedly to make threats against his estranged wife who lives in Westchester County.

Dr. Matthew Bonanno, 47, was arraigned Tuesday on a 53-count indictment for criminal possession of weapons found in Tuckahoe last month.

The investigation started after Bonanno allegedly told a friend about plans to kill his estranged wife at Growler's Beer Bistro in Tuckahoe, where a patron overheard the conversation and called police.