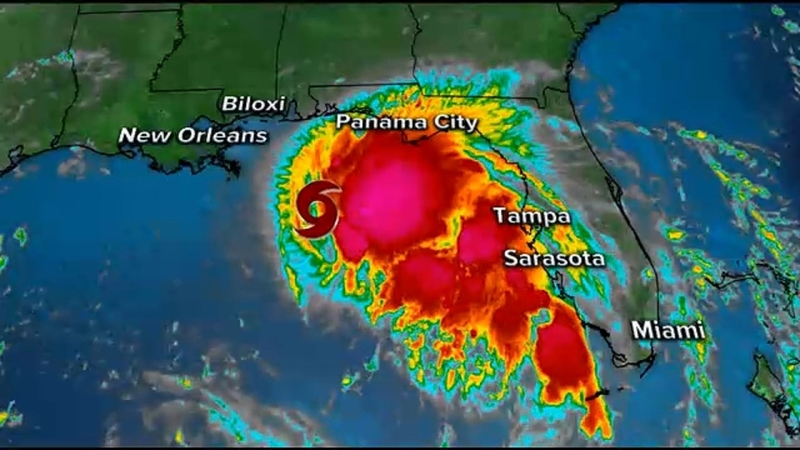 The water is already rising, and the wind is whipping as the Northern Gulf Coast gets ready for Hurricane Sally.

It might be easy to dismiss this as a one-off - just another hurricane, but the you see something almost unheard of...five named storms churning away at the same time in the Atlantic and the Gulf.

Three thousand miles away, California faced its hottest August on record - 3.2 million acres have burned so far this year. That is nearly 27 times more than last year.

Up and down the West Coast, communities are evacuated, only to be wiped off the map. The human toll is immeasurable - at least 26 have died, and dozens more are missing. Like Mary Joyner's 92-year-old aunt.

ALSO READ | West Coast fires are having an impact on NYC

"She kept calling me on my cellphone, yelling at me to come get her," Joyner said.

It was into the cauldron of despair that President Trump landed on Monday, blaming not climate change, but dry leaves.

"This is one of the biggest burns we've ever seen, and we have to do a lot about forest management," said Trump, "If we ignore that science and stick our head in the sand and think it's all about vegetation management, we're not going to succeed together in protecting Californians. It'll start getting cooler. You just watch. I wish science agreed with you. I don't think science knows actually."

Immediately there was a tweet from Joe Biden saying, 'science knows.'

The politics were inescapable for the coast-to-coast weather nightmare.