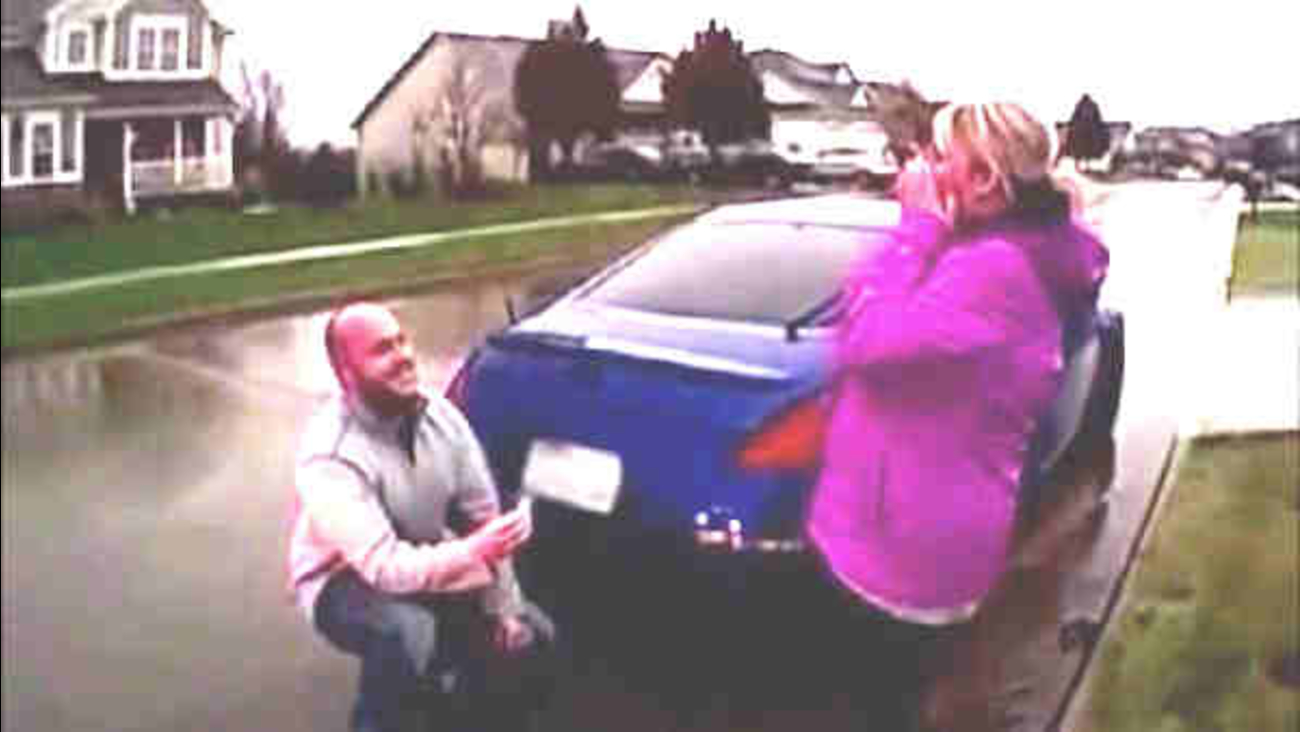 Last Thanksgiving, Jeff Schulte was ticketed for speeding right in front of his girlfriend Jenna Reitz's parent's house. He was on his way to meet the family for the very first time, and he was embarrassed after they all witnessed the incident.

So a year later, when Jeff decided to propose to Jenna, he asked the Johnston Police Department to do him a favor.

Jeff and Officer Matt Chiles, the same guy who gave him the ticket a year earlier, worked it all out.

On the appointed day, Officer Chiles pulled the couple over for a bogus speeding violation. Jeff was pretend handcuffed, and Jenna was asked to get out of the car as well.

The officer then showed her an engagement ring and asked her if it was stolen.

Then, Jeff popped the question, and after a stunned silence, she said yes.

"It took my emotions to the extreme," Reitz said. "I was in shock for a long long time."

And just like the year before, Jenna's family saw the whole thing take place. In on the gag, they all gathered in the garage to watch the engagement happen.

Jeff and Jenna are set to be married in Iowa in July of next year.