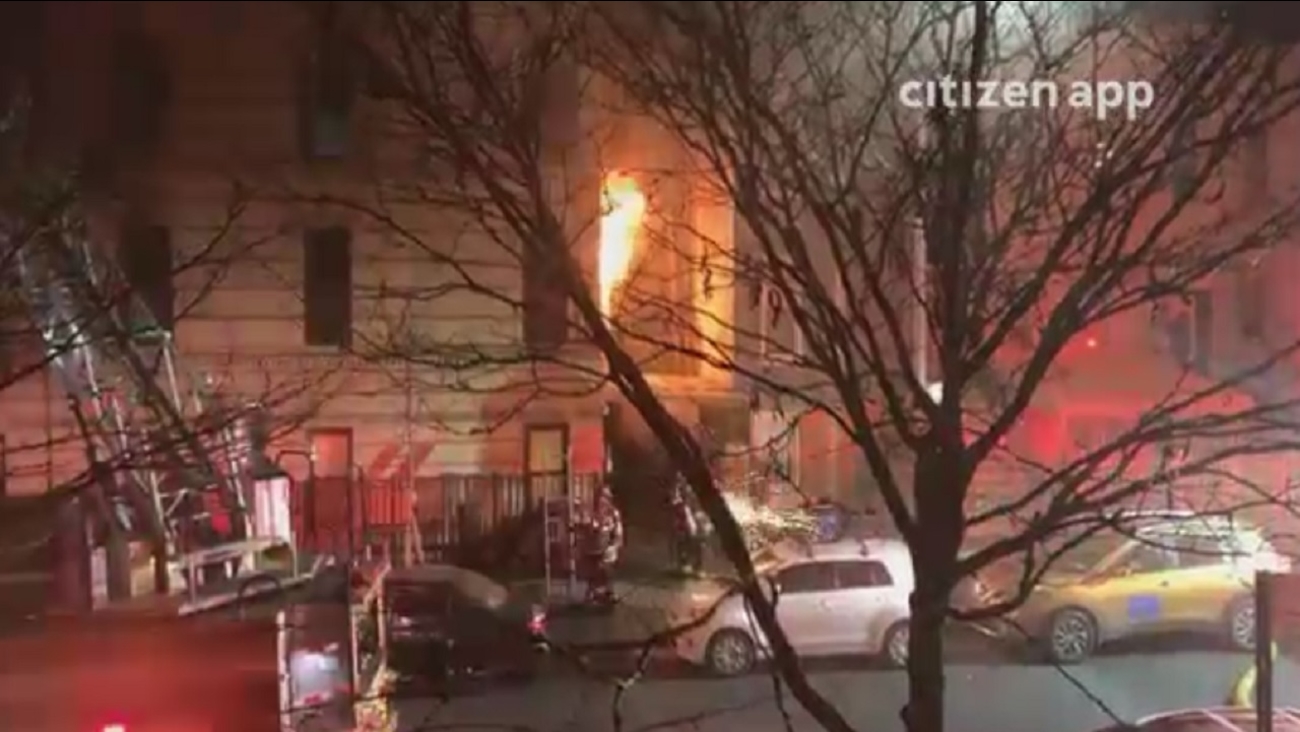 NEW YORK (WABC) -- It was a tragic night in Bushwick, Brooklyn, where an apartment fire claimed the lives of two young children. Also, the NYPD released details of a frightening incident on a Queens subway in which a woman was attacked by a man spewing an anti-gay slur.

The fire broke out late Saturday night on the second floor of a three-story residential building on Schaefer Street in Bushwick. The two children, an 8-year-old girl and a 7-year-old girl, were pronounced dead at Wyckoff Hospital.

The body of an off-duty firefighter was found near his damaged car on the side of the Belt Parkway early Sunday morning.

Tim Fleischer has the details from Coney Island.

FBI agent hospitalized after being shot in shoulder

Officers pry 1-year-old from Brooklyn mom's arms during arrest; police investigating
Police are investigating video that has surfaced on Facebook showing a young mother being arrested and tackled to the ground with her young child at a benefits center in Brooklyn.

Police are investigating a video that shows a mother getting arrested at a Brooklyn benefits center while holding her baby. (WARNING: Strong language)

Two people were arrested after an FBI agent was shot in the shoulder in Brooklyn.

The agent was sitting in a car near Canarsie Road, conducting surveillance on an unrelated case just before 3:30 Saturday afternoon, when suspects in another car drove by and started shooting at his car.

CeFaan Kim has the latest developments from Canarsie.

Police are searching for the gunman who opened fire outside a Queens nightclub early Saturday, leaving five people wounded. Before the shooting, a group of people got into a dispute inside the club, and it spilled outside, investigators said.

Five people were shot outside of a nightclub in Queens, and police are searching for the gunman.

The NYPD released a photo and video of the man they say violently attacked a woman on a Queens subway train after he spewed an anti-gay slur at her. The attack caused her to strike her head on the floor and fracture her spine.