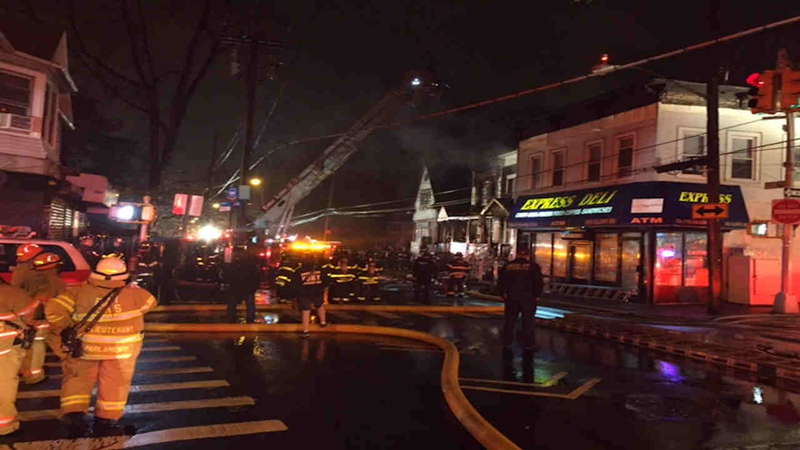 The fire reignited in a Clove Road home in West Brighton just before 4:30 a.m.

The house, vacant for years, was the site of a three-alarm fire Tuesday night. That fire burned through two other occupied homes, leaving two families homeless.

Video from fire this morning:

No residents were injured Tuesday, although a cat died. Four firefighters sustained minor injuries. Two displaced families were assisted by the Red Cross.

The cause of the original fire is under investigation.