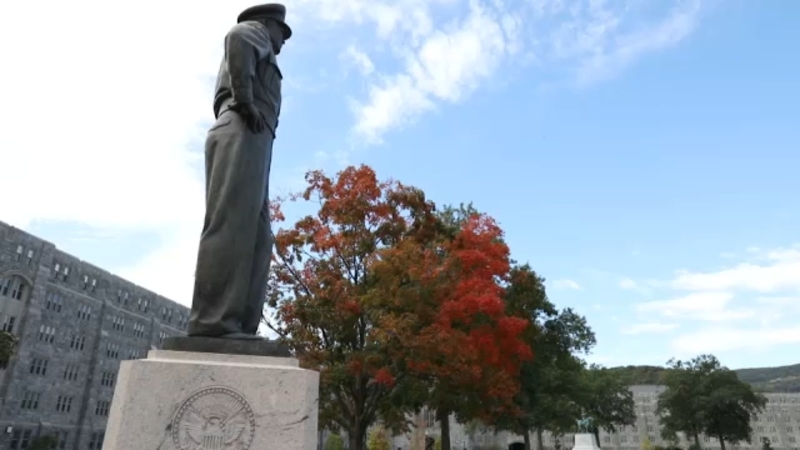 NEW YORK (WABC) -- More than 70 West Point cadets are accused of cheating on a remote-learning exam held online in May, a spokesperson for the school told ABC News Monday evening.

Two of the 73 accused cadets were let off due to lack of evidence, and four resigned. Most of the rest admitted to cheating and were enrolled in a six-month rehabilitation program and will be on probation for the rest of their time at the school.

Eight cadets have maintained their innocence and will go before a board of their cadet peers - overseen by military officers and lawyers - to determine their fates next year.

LTC Christopher Ophardt, Director of Public Affairs and Communications at West Point, told ABC News in a statement that the 67 accused cadets who remain at the academy will be held accountable for breaking their honor code: "A Cadet will not lie, cheat, steal, or tolerate those who do."

"West Point honor code and character development program remains strong despite remote learning and the challenges brought by the pandemic. The Honors process is working as expected and there have been no exceptions to policy for any of these cases. Cadets are being held accountable for breaking the code. While disappointing, the Honor System is working, and these 67 remaining cases will be held accountable for their actions," Ophardt told ABC News in a statement.

A West Point spokesperson told ABC News that the last mass cheating events at the academy were in 1951 and 1976.

The spokesperson said the latter was quite the scandal, with 152 accused cadets, a breakdown of the disciplinary system, and a school administration cover-up that tried to hide the incident from the secretary of the Army and the Pentagon.

The spokesperson said this year's cheating incident was flagged to the proper defense authorities.