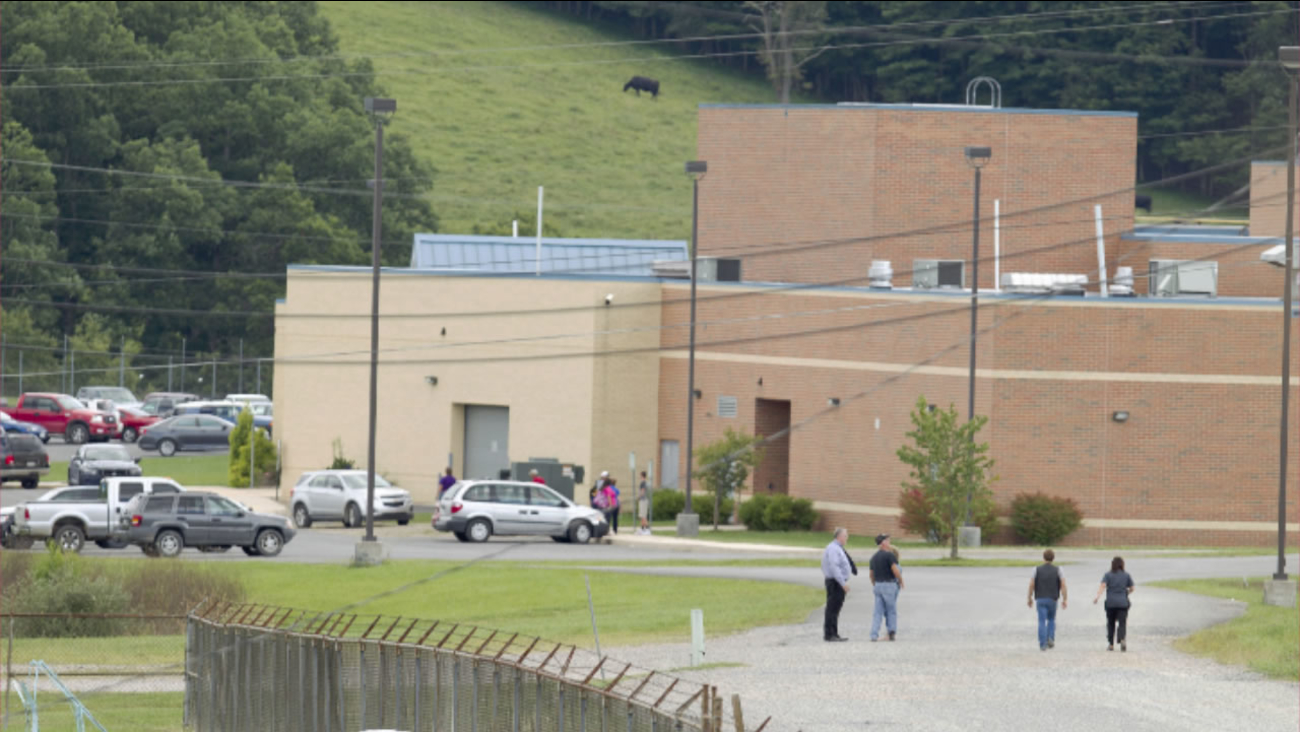 Parents of children from Philip Barbour High School in Philippi, W.v.,walk to the school to meet up with their children that were evacuated after a "hostage-like" situation. (AP Photo/Ben Queen)

PHILIPPI, W.Va. -- A 14-year-old boy with a handgun held several students and a teacher hostage in a West Virginia high school classroom Tuesday afternoon before he let them go after negotiations and surrendered, State Police said. No injuries were reported.

State Police Lt. Michael Baylous said in a statement that the male student had taken a pistol into a second-floor classroom Tuesday at Philip Barbour High School in the north-central part of the state.

Local authorities received a call about a report of someone with a gun about 1:30 p.m. Tuesday, and said the school was placed on a lockdown, and students elsewhere in the school were moved to a nearby football field, accounted for and sent home by school bus.

After initial negotiations, the suspect agreed to release the students and teacher, then eventually put the gun down and surrendered without further incident, Baylous said.

The suspect has been taken to a hospital for evaluation and a local prosecutor will decide "the appropriate course of action," Baylous added in the statement.

Steve Saltis was among several anxious parents who went to the school and waited outside an area cordoned off by police tape while waiting for students to be released. Saltis said by phone that his daughter attends the school and that "a lot" was going through his mind while he waited for her to head home.

Saltis said many students had been sitting in the school's football stadium after the school was evacuated and that he was able to talk to his daughter. But Saltis said law enforcement officials told parents nothing while the suspect was still in the school.