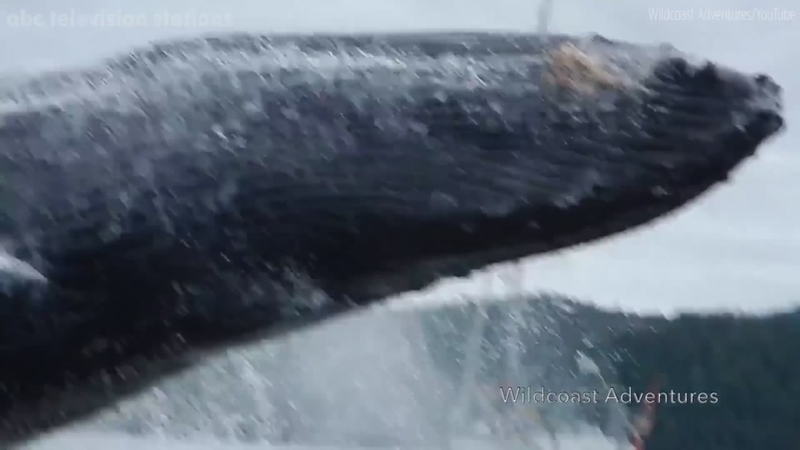 A kayaker in Canada happened to be using a telephoto lens when a mother humpback whale breached extremely close by, resulting in once-in-a-lifetime footage.

The group was on an expedition with Wildcoast Adventures near Penn Islands, British Columbia on Aug. 10 when they spotted a mother-child pair of humpback whales.

Initially the whales were feeding, and the group watched for about half an hour from a safe distance, Wildcoast Adventures owner Damon Stapinsky said.

"We saw the tail fluke go down and we assumed that was the end of the show," he told CTV.

The whales then swam much closer underwater. The kaykers realized this when the young whale breached. Stapinsky knew they needed to get out of the way, but it wouldn't be easy.

"When mama came up, shortly after, it was apparent that we needed to get back and get back fast," he told CTV. "In a kayak, you can't back off that fast. They can swim way faster than we can paddle."

The group has faced criticism for getting so close to the wildlife, Stapinsky said, but he maintains they were following the rules. Federal regulations in Canada require all vessels to stay at least 100 meters (328 feet) away from whales and to back off cautiously when unexpected encounters like these happen.