Will Smith's mother speaks about Oscars confrontation: 'First time I've ever seen him go off' 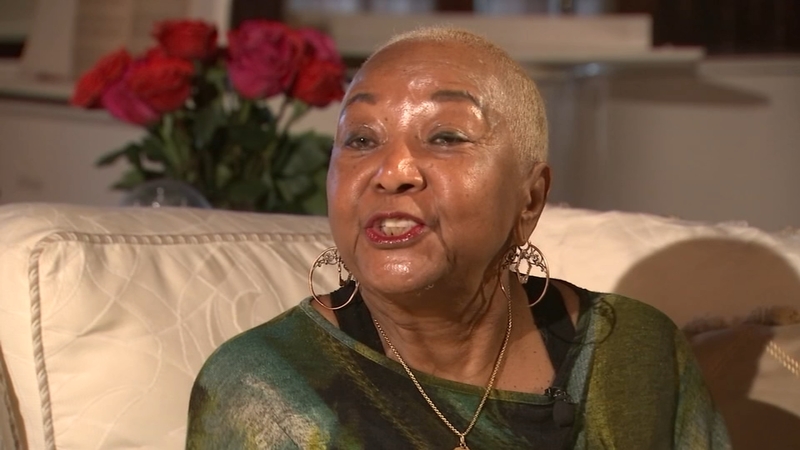 Will Smith's mother says Oscars slap does not define her son

PHILADELPHIA -- Carolyn Smith is beaming with pride after her superstar son Will Smith finally won an Oscar.

On Hollywood's biggest night, she got up early and was the first to send a text on the family's special group chat.

"I started out saying, 'Good morning, we've got to say good luck to Uncle Will," Carolyn Smith recalled.

NEW: I spoke with Will Smith’s mother as her son is in the global spotlight after an unforgettable night at the @TheAcademy. Hear her joy and surprise about that historic night in her own words @6abc #WillSmith #Philly pic.twitter.com/E2rK6UIlSh

But no one would have predicted how Hollywood's biggest night would unfold.

As the Smith family gathered in their family home in the suburbs of Philadelphia, the actor's mother, sisters and others dressed up and gathered around the TV to watch their hero.
EMBED More News Videos

Exclusive conversation and tour with Will Smith's family

But before the award was announced, there was a very awkward and stunning moment when Will Smith walked up on stage and slapped Chris Rock after the comedian joked about the actor's wife, Jada Pinkett Smith, and her struggle with hair loss.

The famous actor born and raised in West Philadelphia, who always seemed cool and collected, lost it.

Even Smith's mother admits she was surprised.

"He is a very even, people person. That's the first time I've ever seen him go off. First time in his lifetime... I've never seen him do that," said Carolyn Smith.

But the family says that moment doesn't define him and that the actor puts his family first, that he's loving and the one who keeps the family together.

Will Smith's younger sister Ellen Smith says she's watched her brother constantly excel under pressure and under the spotlight of Hollywood.

"I've had conversations with him, and it like really kind of broke my heart listening to the things he's said he had to go through to get to where he is," she said.

While the world has varying opinions, there is no controversy for this family. They are proud of the Philadelphia actor, who he has become and they know he will make the right moves going forward

"I am proud of him being him," said Carolyn Smith.

SEE ALSO: Will Smith apologizes to Chris Rock for slapping him at Oscars: 'I was out of line and I was wrong'
EMBED More News Videos

Residents in Will Smith's hometown are reacting to the confrontation involving the actor and comedian Chris Rock.