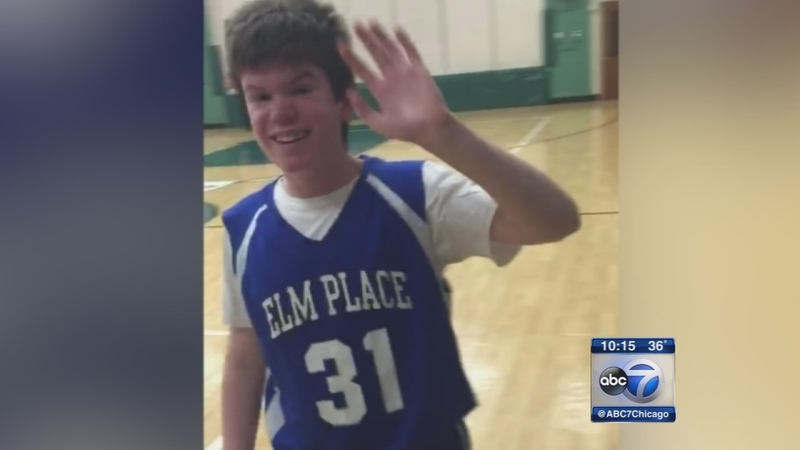 HIGHLAND PARK, Ill. -- There was a big moment for a suburban 8th grader who was surprised when his basketball coach put him in the game.

William Lipka is a basketball loving 14-year-old, who, along with his brother Eamon, is on the autism spectrum. But more importantly, he's the manager of Highland Park's Elm Place Middle School basketball team.

"He's my right hand man. Anything I need, I go to him," said Coach Trevor Kahn.

On Tuesday night, Coach Kahn and Co-Coach John Whitehead made good on a long-standing promise.

ABC7's Ravi Baichwal asked: "How surprised was he to be actually getting in a game?"

"Shocked. Shocked. The question was: 'Are you sure I'm playing?' for the next four hours of the school day," Kahn said.

And on a set play with a fortuitous rebound, he made the big shot.

"It was the culmination of everything in the last three years with William. He deserved it. He's a great kid," Kahn said while tearing up.

Baichwal: "What does it feel like when you're holding the ball, you've got the ball?"

As Elm Place played in Mundelein Wednesday night, the squad is still buzzing about the highlight in Highland Park and what the shot means for the development of a kid who - like anyone else - simply wants to be part of a team.

"There were parents from the other team that were rooting for him, so, it was every parent's dream to have your kid succeed in a tough situation," said Paul Lipka, William's father.