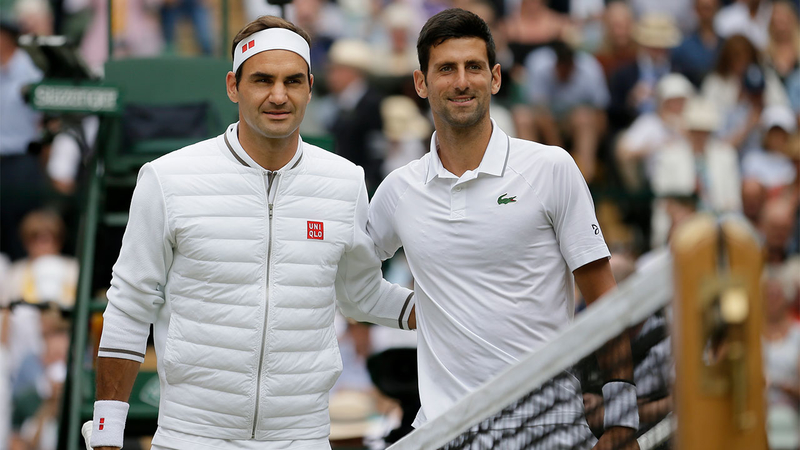 WIMBLEDON, England -- Novak Djokovic became the first man in 71 years to win Wimbledon after facing match points in the final, coming back to beat Roger Federer in an unprecedented fifth-set tiebreaker Sunday.

This triumph also earned Djokovic his 16th Grand Slam trophy, moving him closer to the only men ahead of him in tennis history: Federer with 20, and Rafael Nadal with 18.

Federer has ruled grass courts since the early 2000s; he has won Wimbledon eight times dating to 2003, and this was his record 12th appearance in the title match. But Djokovic is now 3-0 against Federer in finals at the place and 4-0 against him in five-setters.