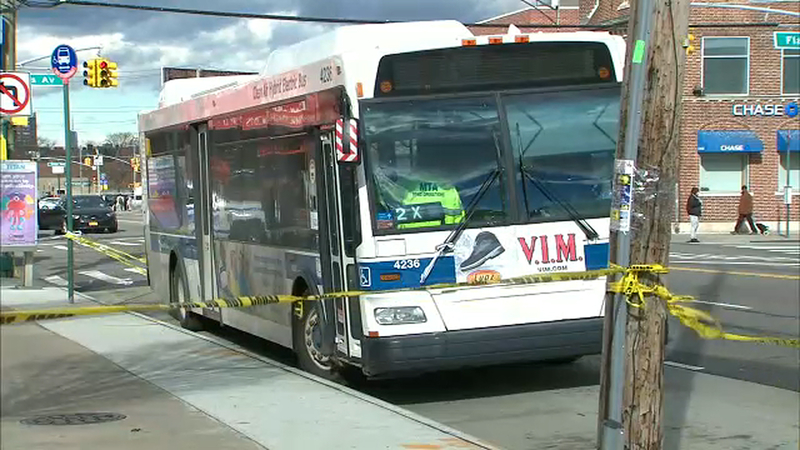 FLATLANDS, Brooklyn (WABC) -- A woman was fatally struck by an MTA bus she had just been riding on in Brooklyn Thursday morning.

It happened at Flatbush and Flatlands avenues in the Flatlands section around 9 a.m.

Authorities say the woman was acting erratically on the bus and was kicking the front doors.

When the bus driver attempted to pull over, the woman apparently managed to open the door while the bus was in motion.

Officials say the woman got off the bus, but it appears she may have hit a street pole that caused her to fall on the street. She was then run over by the bus.

It's unclear if the bus was trying to pull in or out at the time.

The driver of the bus remained at the scene.

Three others suffered minor injuries and were taken to Kings County Hospital.

"The death of a woman who was struck by bus #4236 operating on the B41 route this morning is tragic," Craig Cipriano, Senior Vice President Department of Buses and Acting President of MTA Bus Company, said in a statement. "NYC Transit and NYPD investigations into what happened, how, and why are in the early stages, so any conclusions as to cause would be inappropriately speculative at this time."