Woman plunges over 10 feet into NYC rooftop hole, saved by her screams 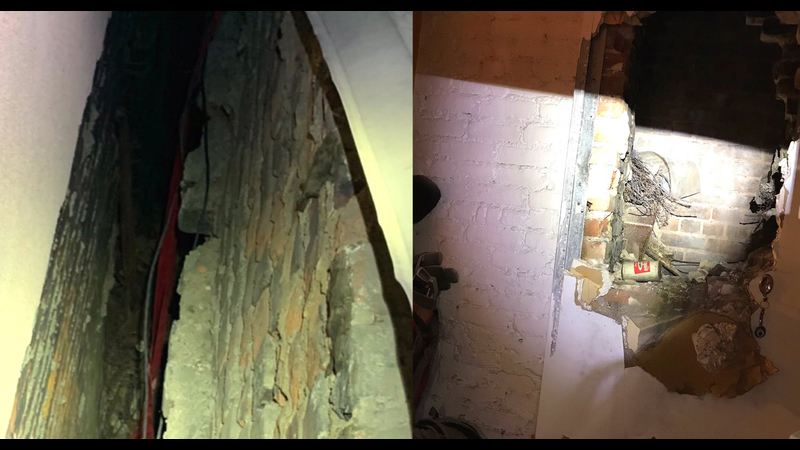 Woman plunges over 10 feet into NYC rooftop hole, saved by her screams

NOHO, Manhattan -- A woman plunged into a gap on the roof of a NoHo building early Sunday, and was saved only after neighbors heard her cries for help and called police.

The woman, 36, had been hanging out with friends on the rooftop earlier when she vanished. Her friends assumed she had simply left, but she had actually become trapped on the building's roof.

After residents called for help, police arrived at the Mott Street building and tracked down the woman. She had fallen about 10 feet through the gap in the roof.

The woman told police had been walking on the roof with her friends when a cover gave way, sending her tumbling down.

An EMS crew managed to pull the woman to safety through a wall on the building's third floor.

The NYPD tweeted out praise for the officers who rescue the woman.

I want to shout out PO Barone and PO Manel—they responded to a 911 call for a person yelling for help. In their canvass and relentless follow up they discovered a person who fell 15 ft. between 2 buildings and remained trapped. 👏🏼👏🏼@NYPDSpecialops ESU then freed the person. 👏🏼👏🏼 pic.twitter.com/vHcLeLVeZm

The woman was taken to Bellevue Hospital for evaluation.