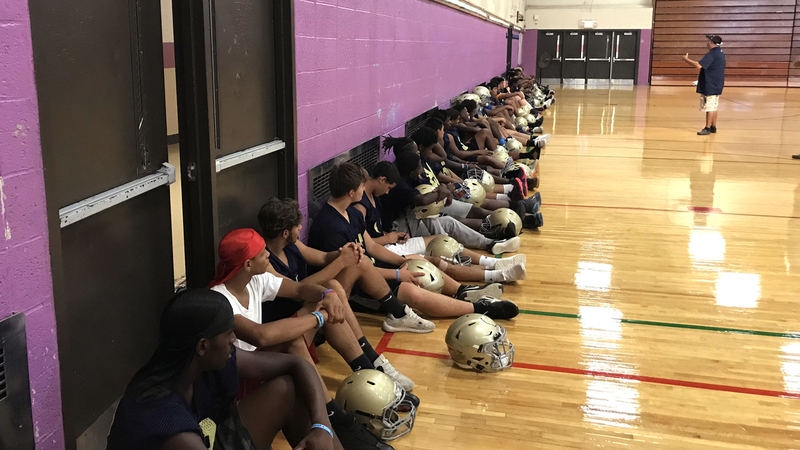 YONKERS, New York (WABC) -- The city of Yonkers may have eight high schools, but the number of football teams is now down to two.

The teams kick off a new season this weekend, each made up of players from four different schools.

"It's going to be awkward for sure," says Jonathan Guerrido, who attends Roosevelt High School. "But we've already gotten past that phase. Now we're trying to form a brotherhood."

The merger reflects the nationwide trend of declining participation in youth football because of concerns over concussions.

In Yonkers, programs with rich football histories like Gorton High School and Saunders Trades & Technical High School had to downsize to survive.

"It's going to take a few years to get the numbers back up but football is in a great state right now as far as safety," said Vic Chiappa, head coach of the Yonkers Brave.

The two new teams are called Force and Brave -- named after the city's police and fire departments.