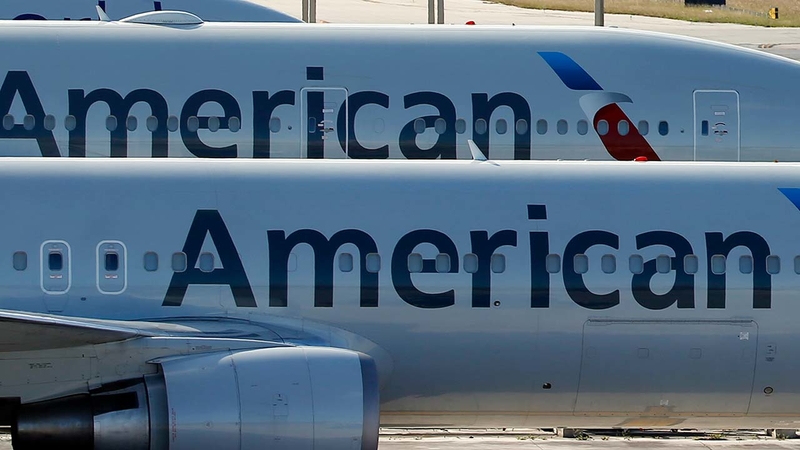 NEW YORK -- Officials with the union representing American Airlines say the airline recently informed them of a problem with the pilot vacation system that has left thousands of flights without pilots.

The glitch apparently granted pilots vacation at the same time.

According to a post on the Allied Pilots Association's website, "On Friday, management disclosed a failure within the pilot schedule bidding system. As a result, thousands of flights currently do not have pilots assigned to fly them during the upcoming critical holiday period. Today, management issued an update detailing the 'significant holes' in the operation and unilaterally invoked a solution for crewing affected flights."

The statement goes on to say American Airlines is offering a "premium" to entice pilots to fill the flights.

American Airlines has been responding to tweets from many people concerned with their upcoming flights and is trying to assure fliers they "expect to avoid any cancellations." 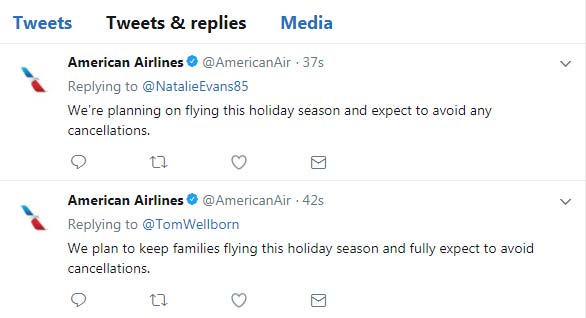 A spokesman for the airline said Wednesday that American expects to avoid canceling flights by paying overtime and using reserve or on-call pilots.

American isn't saying how many flights are affected, but the pilots' union says that about 15,000 flights were scheduled without a captain, a co-pilot or both.

American, the world's biggest airline, has about 15,000 active pilots and expects to operate more than 200,000 flights in December.

Pilots bid each month for flying assignments based on seniority. The scheduling glitch let pilots drop scheduled flights - to take a vacation over Christmas, for example - even when there were no other pilots available for that flight. Normally such a request would be denied, especially during busy travel periods.

The pilots' union estimated that when the problem was discovered late last week, about 19,000 cockpit seats were left empty. The glitch affected flights between Dec. 17 and Dec. 31 from nearly a dozen airports including hubs in Dallas, Chicago and Miami.

"This is a potential crisis that we see well in advance," said Dennis Tajer, a spokesman for the union. "This is very unusual."

The union has lodged a protest against the company's plan to fix the mistake by tapping reserve pilots and offering overtime pay for some of the unstaffed flights. The union says American is violating its labor contract by imposing a solution without union input, and is improperly restricting premium pay.

Some nervous customers tweeted at the airline, looking for reassurance that their Christmas-travel plans would not be upset.

American officials "expect to avoid cancellations this holiday season," said airline spokesman Matt Miller. "We will work with the (union) to take care of our pilots and ensure we get our customers to where they need to go over the holidays."

Miller declined to say how much American expects to pay out in overtime because of the glitch.

Despite American's can-do response, scheduling mix-ups can create serious problems in the airline business. In September, Irish low-cost carrier Ryanair said it would cancel more 20,000 flights between November and March after admitting it "messed up" the transition to a new system for scheduling employee vacations.

Shares of American Airlines Group Inc. lost nearly $2 after news of the glitch, although they still closed up 3 cents at $49.25. Rivals fared much better - Delta, United, Southwest and JetBlue all rose at least 3 percent.