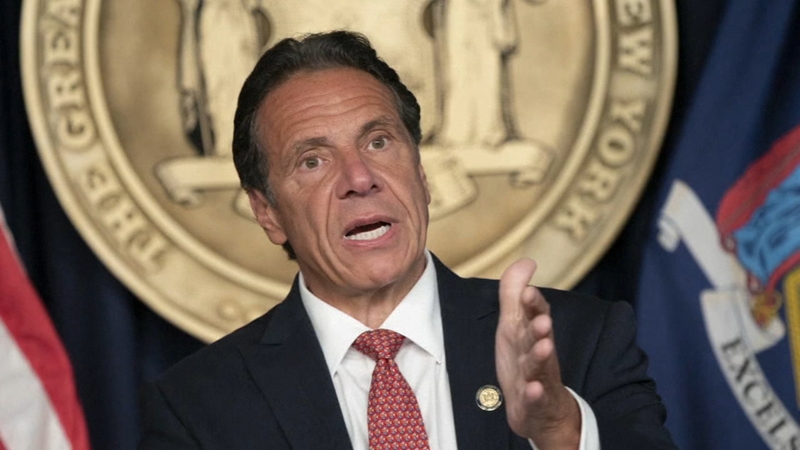 While her investigators found "credible evidence" the alleged conduct occurred, Rocah said the matters were outside the statutory requirements.

Rocah's investigation, which began after the release of the New York Attorney General's report on Cuomo, examined the accusations made by a state trooper on Cuomo's security detail and by a woman who alleged an unwanted kiss during the event at the school.

Dave Evans has the latest update on the investigation into allegations of sexual harassment of former governor Andrew Cuomo.

Rocah is the second prosecutor in recent weeks to decline to prosecute Cuomo, after Nassau County announced the same thing last week.

The allegations were described as follows:

1-A woman, identified as Trooper 1 in the Attorney General's Report, alleged that, when Cuomo was the Governor and Trooper 1 was a member of his detail and on duty at his home in Mount Kisco, she asked the Governor if he needed anything and he responded by asking her if he could kiss her. She further indicated that she was concerned about the ramifications of denying the Governor's request and so she said "sure." The Governor then kissed her on the cheek and, as indicated in the Attorney General's report, "said something to the effect of, 'oh, I'm not supposed to do that' or 'unless that's against the rules.'"

2-A second woman has alleged (publicly and to investigators) that Cuomo grabbed her arm, pulled her toward him and kissed her on the cheek without seeking permission for such a greeting while the two were at an event at White Plains High School.

"We continue to recognize the bravery of the women and witnesses who have cooperated with law enforcement and we remain committed to supporting them and all survivors," Rocha said. "As in all cases of alleged misconduct, my office will investigate such claims irrespective of the position or status of the accusers or the accused. We thank the Attorney General, the State Assembly and our sister DA Offices for their collaboration and cooperation.

The U.S. Department of Justice is conducting a civil inquiry into the allegations, and other New York district attorneys are investigating claims in their individual jurisdictions.