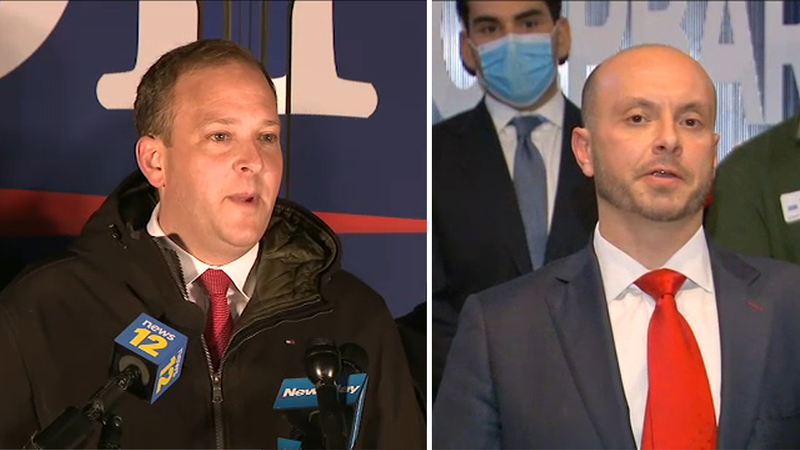 LONG ISLAND -- Republicans on Long Island are celebrating Wednesday after many local races show Republicans with leads over their Democratic challengers.

In the race for the seat of retiring Congressman Peter King, Republican Andrew Garbarino is declaring victory over his Democratic challenger Jackie Gordon. He's ahead by 46,000 votes or 59 percent of the vote.

"The outpouring of support was just phenomenal. We're very excited," he said.

Congressman Peter King put a picture of him and Garbarino on Instagram congratulating Garbarino on his victory.

Zeldin said he is looking forward to his fourth term.

"While I'm also motivated on specific issues that I care about, I would say, big picture, my biggest hope would be that our country does a better job of moving together, moving forward," he said.

Goroff has not yet conceded to Zeldin.

"The fact that I closed ahead of a sitting congressman with a 25-year political background from a very long standing political family in Long Island that speaks volumes," Santos said.

Suozzi asked his supporters on Wednesday to remain patient. He said 85,000 absentee ballots still have to be counted.

"We kind of expected it to be close last night and then we would win big in the absentee ballots," Suozzi said.

"Definitely, there's disappointment that we all feel here on Long Island for the outcome in certain of these races," he said.

Jacobs said the Democrats are hoping for some movement as the absentee ballots are counted.

"We have a lot of paper outstanding," he said.

Even smaller races on Long Island are leaning Republican as of Wednesday.

In the race in the fifth district of the New York State Senate, Republican Edmund Smyth has a lead over Democratic incumbent James Gaughran.

No race on Long Island has been called as of Wednesday night.

Watch Live Election coverage here on abc7NY.com and on our app for Connected TV!