WABC
By Eyewitness News
HEMPSTEAD, Nassau County (WABC) -- Another shark sighting pulled swimmers out of the water Saturday, raising the number of instances to 12 since Monday.

Beachgoers have since been allowed back in the water, but only up to their knees.

Beach Update (2:55pm): - we are now allowing beachgoers to enter the water “knee deep” at our ocean beaches until further notice out of precaution due to the recent shark sighting.

Clavin said the fin was spotted and a large splash was noticed. Some patrons in the water also noticed and began to run out of the water.

Clavin added that the town's new "shark patrol," including their jet ski, will continue patrolling the waters throughout the day and through the weekend. 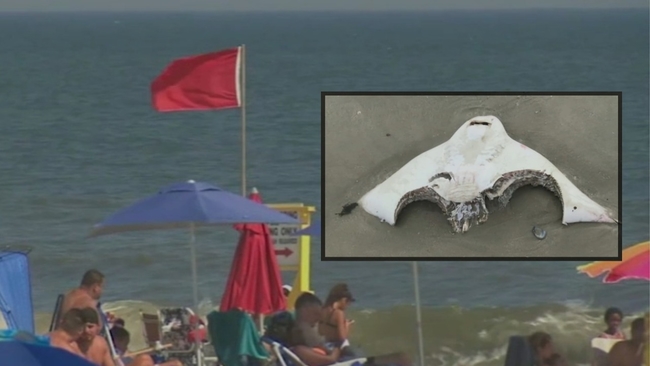