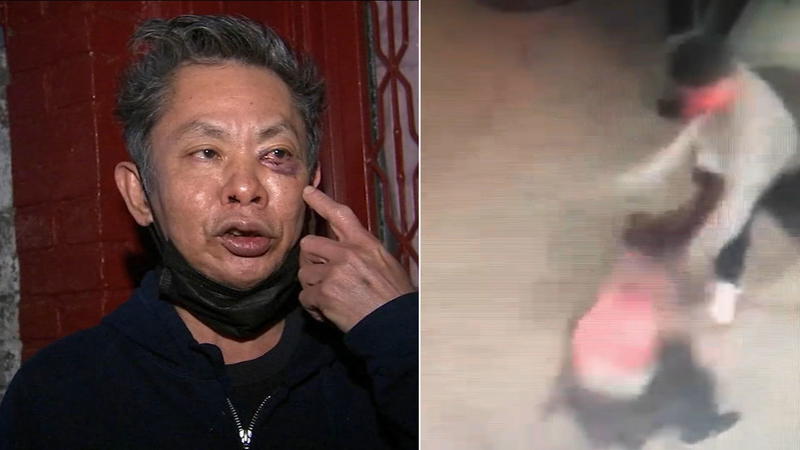 CHINATOWN, Manhattan (WABC) -- Police are investigating yet another unprovoked attack on a person of Asian descent, this time in a subway station on Manhattan's Lower East Side.

It happened just before 9 p.m. Tuesday at the East Broadway F train station near Rutgers Street.

Eyewitness News obtained exclusive surveillance video of the incident, which shows the assailant waiting until the 56-year-old victim walks past him to launch the attack.
EMBED More News Videos

He punches the victim and pushes him to the ground, where he punches him in the eye and elbows him in the mouth repeatedly.

The construction worker, Teoh Ming Soon, is an immigrant from Malaysia and has been in the U.S. for about 20 years.

He says he was walking home from work when the unprovoked attack happened and he barely even saw his assailant.

"Too fast, I cannot remember anything. Too fast, it happened," Soon said.

The attack was over in seconds and police say the suspect fled into the station where surveillance cameras captured his face.

The victim suffered non-life-threatening head injuries and was transported via EMS in stable condition to NYC Health + Hospitals/Bellevue, where he was treated and released.

"I don't know. I don't know why he attacked me. Maybe because I'm Asian?" Soon said.

There was no obvious motive for the attack. Detectives converged on the neighborhood Wednesday, canvassing residents and shopkeepers for clues determined to identify the attacker.

The NYPD is investigating as a possible hate crime.

There are no arrests at this time, but police released a photo of the suspect they are looking for. 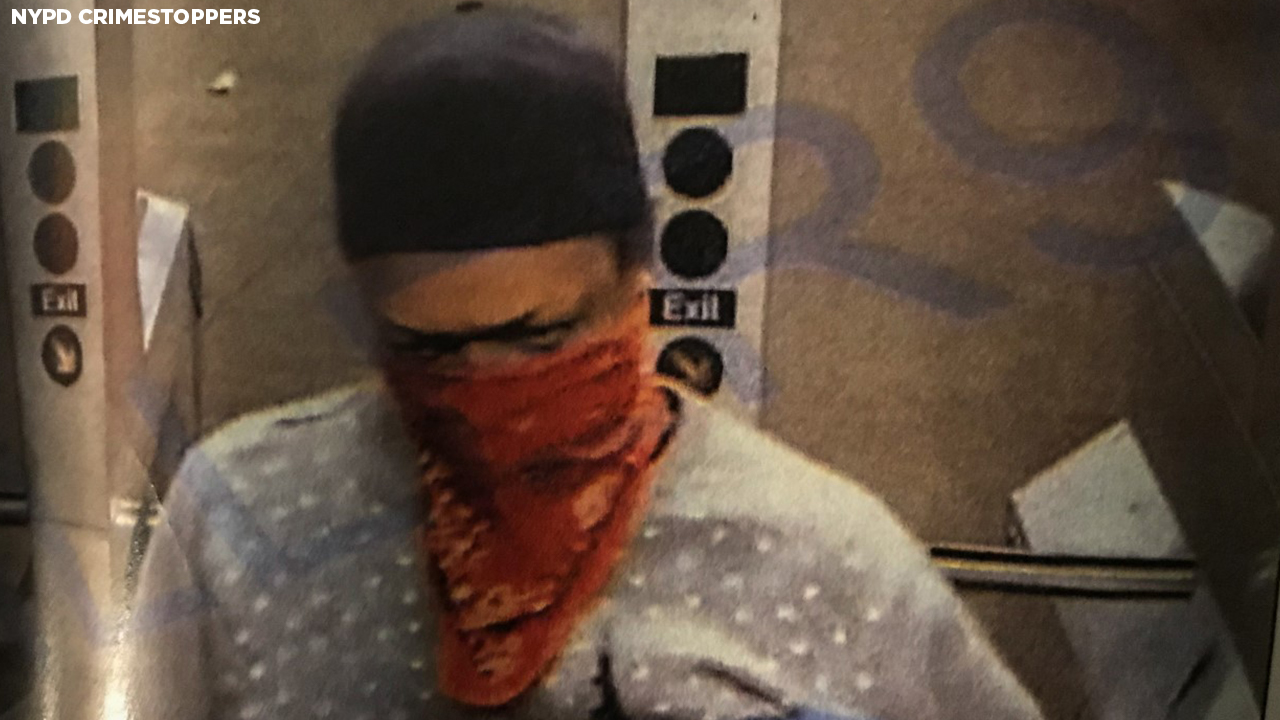 CeFaan Kim has more on the rally that happened outside the Manhattan District Attorney's Office.

The incident comes amid a spate of attacks on Asians in New York City, with residents on edge.

A rally was held outside the Manhattan District Attorney's Office Monday to demand the man charged in the stabbing of an Asian man in Chinatown be prosecuted as a hate crime.