BATH BEACH, Brooklyn (WABC) -- No one was injured and neighbors managed to escape after an explosion rocked the Bath Beach neighborhood on Friday.

An unoccupied building exploded, and three neighboring homes were damaged by the fire.

The explosion happened on Bay 35th Street in Bath Beach just after 7:15 a.m. and the resulting fire quickly spread to adjacent buildings.

Surveillance video from a neighbor showed the dramatic explosion of a home in Bath Beach, Brooklyn.

The superintendent for a nearby home, Hajredin Lesevic, said people reported smelling gas and heard an explosion. 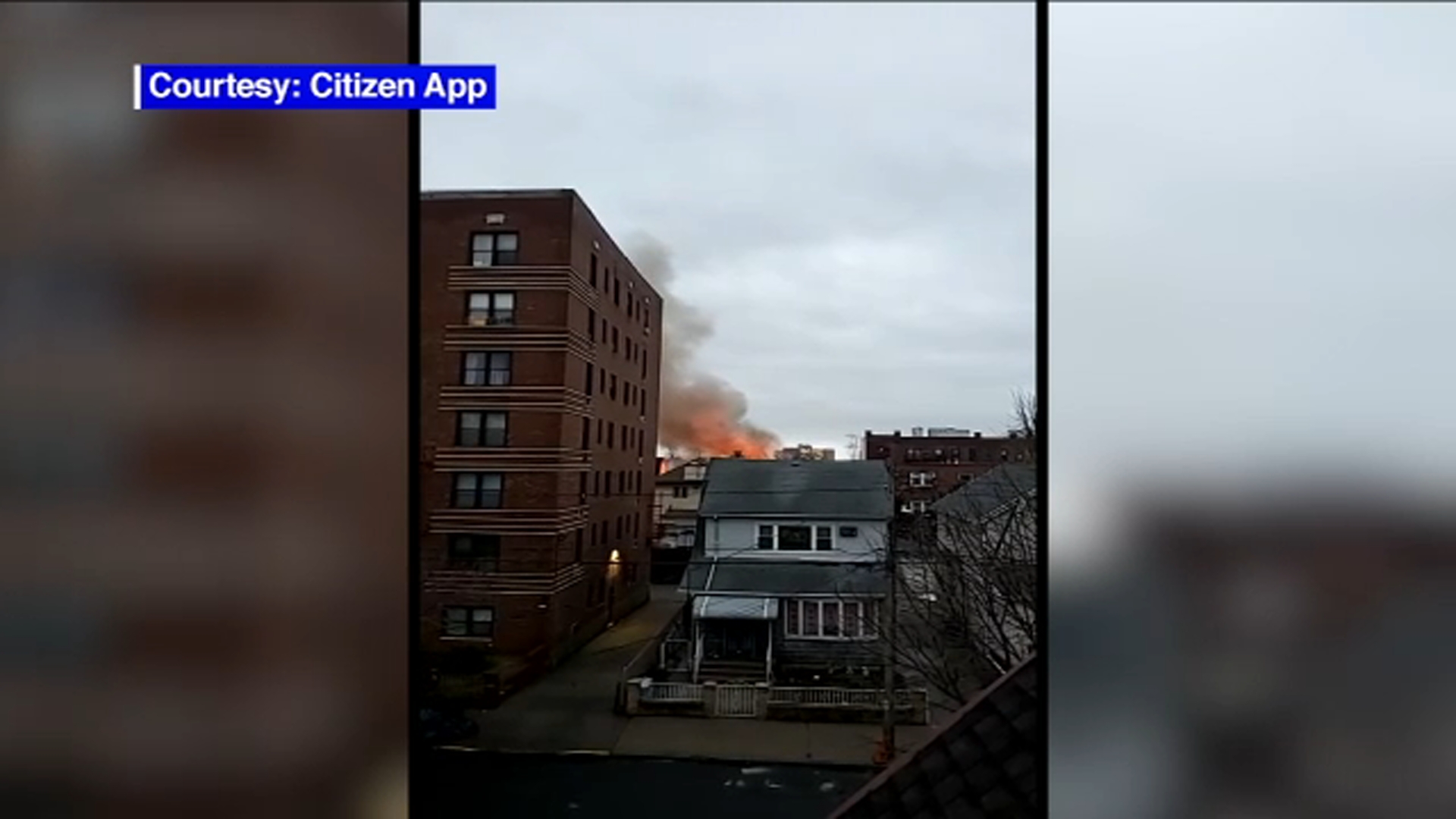 He says that nearby homeowners had smelled gas in the past and called the gas company. 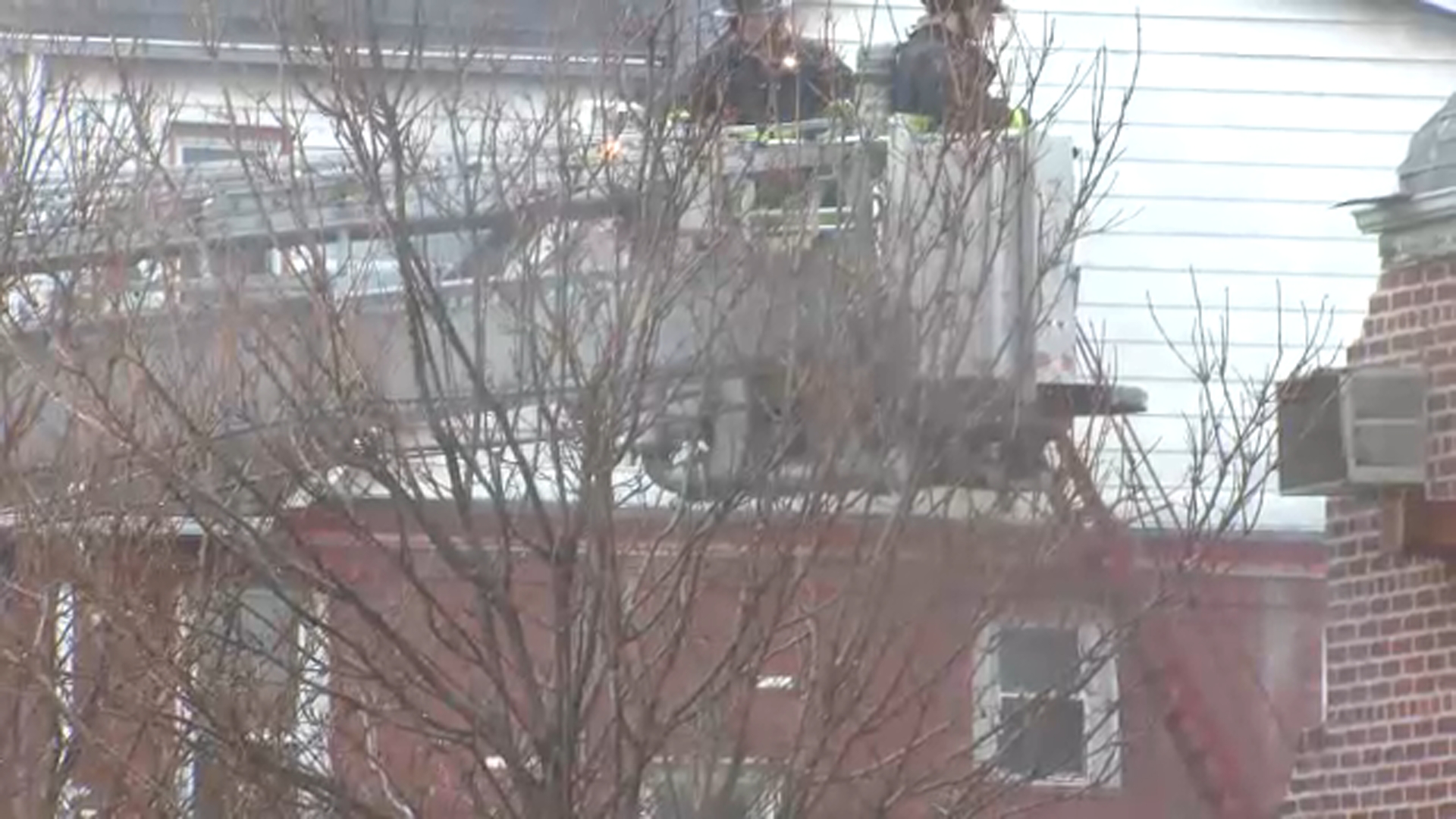 "Someone said they smelled gas," he said. "A couple of times we called the gas company." Apparently, they never found anything wrong.

The FDNY is searching neighboring buildings and National Grid shut off gas to the block.

All occupants have been accounted for and there are no injuries at this point. However, firefighters and dogs are searching through the rubble.

The first two arriving FDNY units "did report an odor of gas." 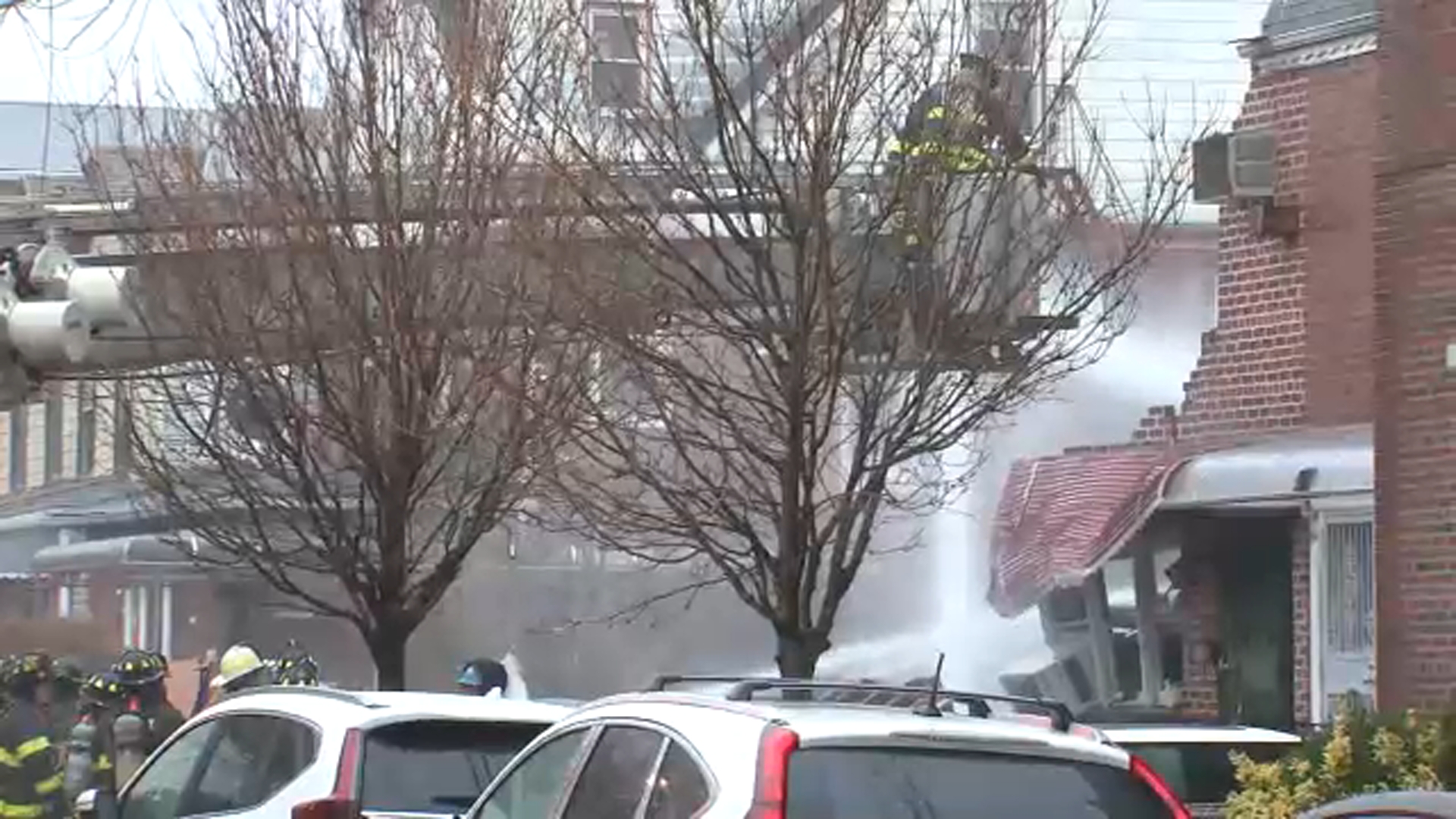 Six residents are now being assisted by the Red Cross.

"The families are on the bus with the Red Cross to get whatever assistance, housing, clothes, food, whatever assistance they need. We are bringing in the heavy equipment with the operational agencies to do the demolition. And also the school on the corner, we are working with them, so all the children when school is let out can be let out orderly. But we are here for the residents. Whatever they need through the Red Cross and other city agencies, we can assist them," said Christina Farrell, Acting OEM Commissioner.

All three buildings are structurally compromised and will be demolished.