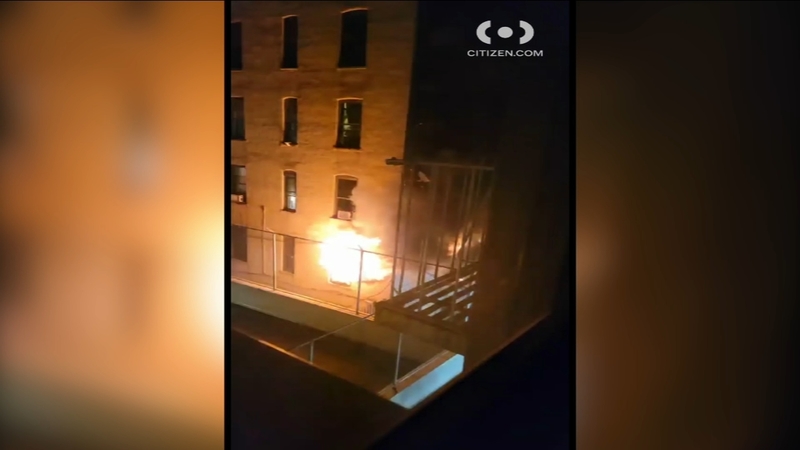 NEW YORK CITY (WABC) -- A second alarm fire burned through an apartment in the Mott Haven section of the Bronx.

The fire broke out in the first floor apartment on East 140th Street just after 12:45 a.m. Monday.

At least five residents were injured, none with life threatening injuries.

Authorities say 14 people were injured, but luckily none of the injuries is considered to be life-threatening.

The blaze comes a few months after a massive fire in the Bronx left 14 people injured. Fortunately none of the injuries in that blaze were considered to be life-threatening.

Two firefighters were transported to Jacobi Medical Center, after that fire in Highbridge, while four civilians were taken to an area hospital. The rest were treated on scene.