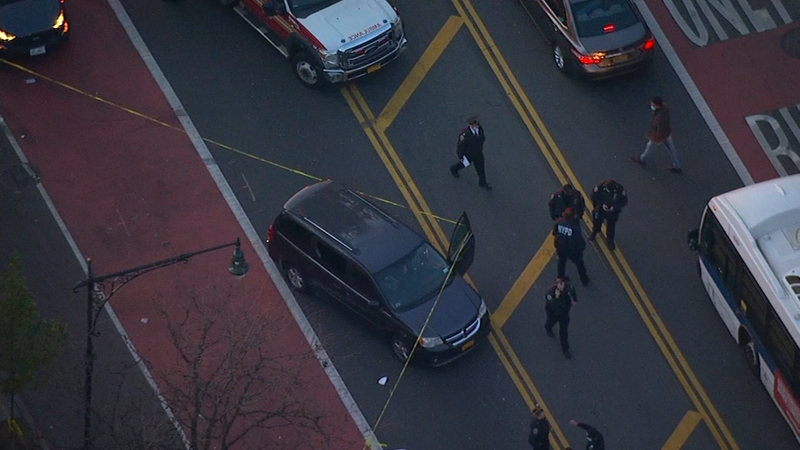 BRONX, New York (WABC) -- Police are investigating a fatal stabbing that took place in the Bronx on Tuesday.

Officer found a 41-year-old woman with a slash wound to her forearm and a 38-year-old man with multiple stab wounds to the torso.

The male victim was pronounced dead. The woman is in stable condition.

Authorities have not yet identified the male victim.

It's unknown if the two victims have any connection to each other.

Police are investigating the role of a vehicle at the scene.