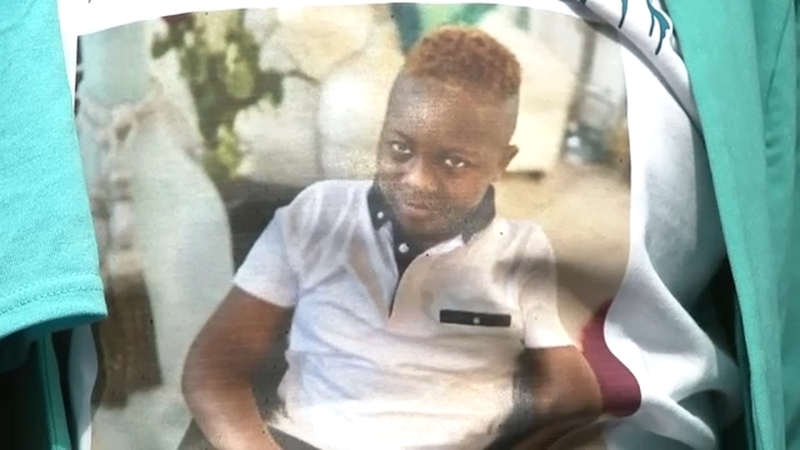 EAST FLATBUSH, Brooklyn (WABC) -- They marched to honor Kade Lewin, the 12-year-old who was innocently shot dead while eating dinner in a parked car in March.

"I can't believe the world we are living in - it's so sad, what happened to him," said family friend Richard Russell.

On Sunday, Kade would have turned 13 years old.

His school friends joined in on a special birthday celebration at the same place he took his last breath.

It is still a heartbreaking time for his mother, Suzzette.

"I love the support from the NYPD - thank you for your support," she said.

Two others were also in the car with Kade, including his 20-year-old cousin, who was also hit and survived, and 8-year-old Kylie, her grandmother, Sylvanna, so thankful she was not hurt.

In the sorrow was the message of stopping the gun insanity that has plagued the streets of New York City nearly daily.

"Guns should not be moving so freely in our community, because we have no manufacturers here. We don't. The flow has to stop," said Mercedes Narcisse of City Council District 46.

Once again, there is another effort to solve an obvious problem.

"The government, they have to do something about it - it's very painful, anybody can get a gun tomorrow. If you need a gun, you have money - and that's it, you will get a gun," added Russell.

Police are still searching for the motive behind the shooting.

So far, no one has been arrested.