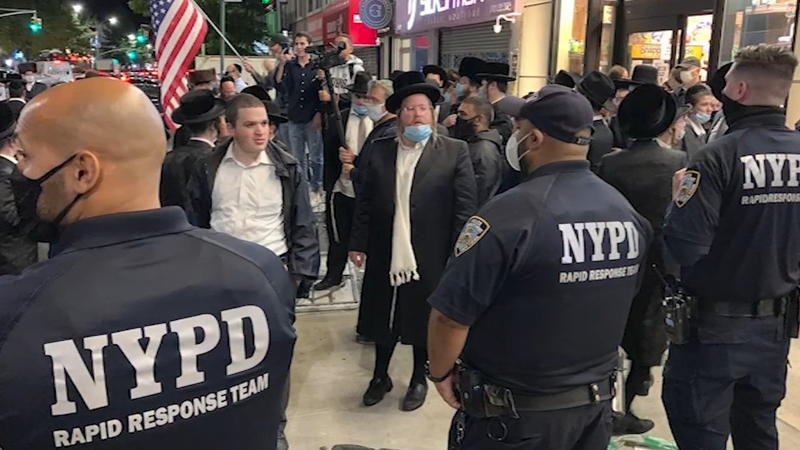 The Roman Catholic Diocese of Brooklyn on Thursday, filed a lawsuit in federal court against the state of New York, on the basis of violating their First Amendment right, the free exercise of religion.

The lawsuit is in response to the New York State executive order issued this week that reduces capacity at Catholic Churches throughout Brooklyn and Queens, locations that have seen in uptick in COVID clusters.

The Diocese has appointed Randy Mastro, a partner in the New York office of Gibson, Dunn & Crutcher, to represent them in this case.

Prior to the churches reopening on July 5 for weekend Masses, the Diocese worked with former New York City Office of Emergency Management Commissioner Joseph Esposito, to develop a safe reopening plan for all churches.

"The executive orders this week have left us with no other option than to go to court. Our churches have the capacity to accommodate many worshippers and to reset our attendance capacity to 10 people maximum in the red zone, and 25 people in the orange zone, when we have had no significant cases, impedes our right to worship and cannot stand," Bishop of Brooklyn Nicholas DiMarzio said. "The State has completely disregarded the fact that our safety protocols have worked and it is an insult to once again penalize all those who have made the safe return to Church work."

In addition, Agudath Israel of America, an Orthodox Jewish group, filed a federal lawsuit asking for a temporary restraining order against New York State's enforcement of attendance limits on houses of worship.

The limits, announced by Governor Andrew Cuomo just two days ago, would cap Shul and other houses of worship attendance in so-called "red zones" to ten individuals.

Deep animosity was directed towards the Mayor Bill de Blasio for singling out these hot spot neighborhoods to begin with.

"He knows that most of the Jews are gonna vote for Trump and he doesn't want that to happen," Midwood resident Rachel Aviv said. "So he thinks that if he locks us down and keeps us in our homes, then we will not be able to go out to vote."

"We get sued virtually every day for virtually every action. We're focused on reducing the spread in these clusters and saving lives, period," a spokesperson for Governor Cuomo said.

For two nights, mobs of angry men took to the streets, burning piles of masks and attacking reporters and claiming they've been targeted unfairly because of their religion.

"Social distancing, masking, and all health precautions must, of course, be observed," said Rabbi Chaim Dovid Zwiebel, Executive Vice President of Agudath Israel. "However, we think that it is possible to stay safe and at the same time have more than ten people in a Shul building that is meant to hold hundreds."

The Anti-Defamation League says they are worried that all the vivid pushback from a tiny subset of Jewish New Yorkers will yield dangerous dividends for all.

"This is going to be a concern that anti-Semitism will rise in response to this, that people will stereotype and will see this as reflective of the whole community," said Scott Richman of the Anti-Defamation League.