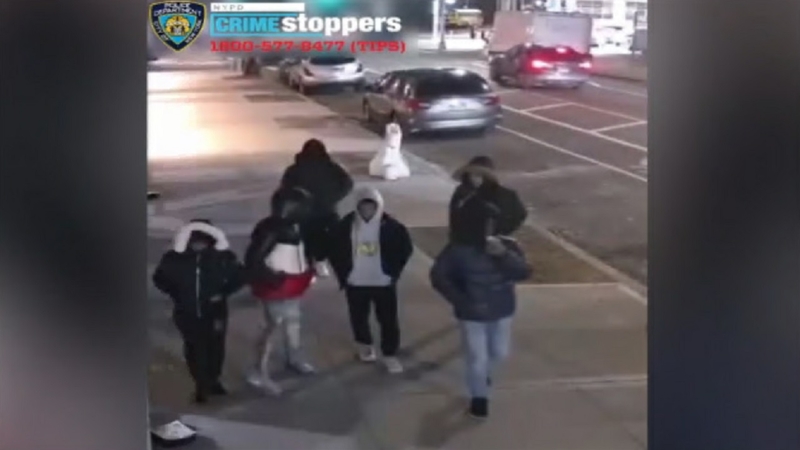 WILLIAMSBURG, Brooklyn (WABC) -- A 16-year-old has been charged for being part of a group that attacked a Hasidic man on the streets of Brooklyn.

It happened Friday evening on Gerry Street in Williamsburg. The attackers, police say were a group of individuals who punched and kicked the victim, forcing him to the ground. There were no words exchanged.

The latest attack is once again resonating with the community as crime stats in the last year show a significant rise in attacks against the Jewish community.

"These six individuals have nothing better to do than attack a Hasidic Jew - what cowards, what cowards they are," said activist Dov Hikind, founder of Americans Against Antisemitism, "I want to call them animals, but that's not fair to the animals."

The attack is outraging the community, especially Hikind, after learning about the victim in the case - a 21-year-old man dressed in Hasidic attire, the latest one to be assaulted on the streets of Brooklyn. Once again, the crime is random.

"Unfortunately, Jew-hatred is out of control in New York. Where is the hate coming from and why?" Hikind added.

'Why?' is the big question as a rash of hate crimes on the Hasidic community has many in the area concerned.

According to police, last year there were 20 anti-Jewish hate crimes reported. In the first three months of this year, there were a whopping 81 hate crimes.
"The statistics speak loud and clear - attacking Jews. Jews have to be afraid in New York," said Hikind.

The victim in this incident had injuries to his mouth and was treated at the scene. He is expected to be okay.

Police say the 16-year-old connected to the crime has been charged for gang assault and assault as a hate crime. They are still looking for the others involved in the group.