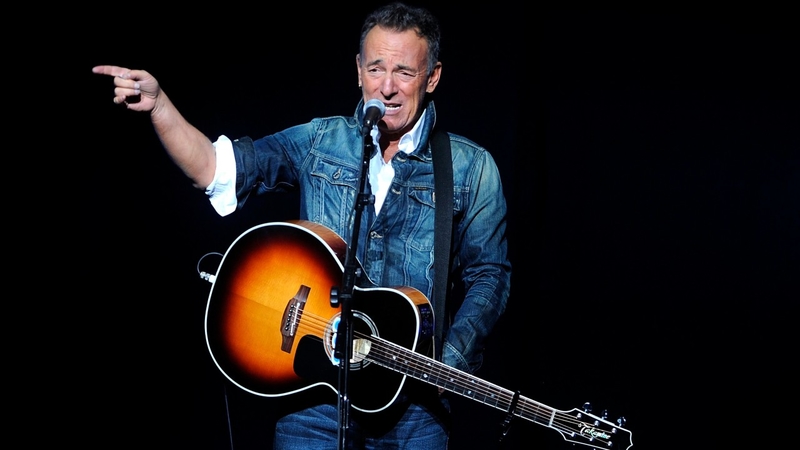 Springsteen faced three misdemeanors, including operating a vehicle while under the influence of alcohol, reckless driving, and consuming alcohol in a closed area.

He agreed to plead guilty to the charge of consuming alcohol at Gateway National Recreation Area, a federal property where alcohol is banned.

The government agreed to drop the other two charges.

"During the defendant's field sobriety test, he declined to take a preliminary breath test but did submit to the breath test at the rangers station," Assistant US Attorney Adam Baker said.

He noted that Springsteen blew a .02, well under the legal limit.

"Based specifically on the .02 blood alcohol content reading, the government moves to dismiss," Baker said.

Springsteen admitted to consuming two "small shots of tequila," and when asked if he knew it was illegal to drink there, he responded, "Yes I was."

Judge Mautone noted that drinking in the park was actually legal until about three years ago. He was fined Springsteen $500 plus $40 in court fees.

"Mr. Springsteen I need to know how long you need to pay that fine," Mautone deadpanned.

"I think I can pay that immediately, Your Honor," Springsteen responded.

Nevertheless, he instructed Springsteen to pay by next Wednesday.

"Mr. Springsteen is pleased with the outcome of today's court appearance," Ansell said after the hearing. "The prosecutor was unable to provide the necessary evidence and facts as it related to the charge of Driving under the Influence (DUI) and Reckless Driving and therefore, dismissed both of those charges. Mr Springsteen, who has no previous criminal record of any kind, voluntarily plead guilty to a violation of consuming an alcoholic beverage in a closed area, agreeing to a fine of $500. We want to thank the Court and will have no further comment at this time."

Springsteen has three driving violations dating back to 1973, including one for using a cell phone in the car.

"Rarely would you see a driver's abstract so devoid of any entries as I see before me, Mr. Springsteen," the judge noted

Under the initial charges, Springsteen faced $5,000 in fines and six months in prison.

The arresting officer wrote in the statement of probable cause that he saw Springsteen take a shot of tequila and then get on his motorcycle.

The officer wrote that the rocker "smelt strongly of alcohol" November 14, "had glassy eyes," and that there was a bottle of Patron tequila that was "completely empty."

The report described Springsteen as "visibly swaying back and forth" during a field sobriety test and said he declined to provide a sample on an initial breath test.

Springsteen "took 45 total steps during the walk and turn instead of the instructed 18," the officer wrote.

The recreational area is better known as Sandy Hook, the name of the narrow Atlantic Ocean peninsula on which it sits.