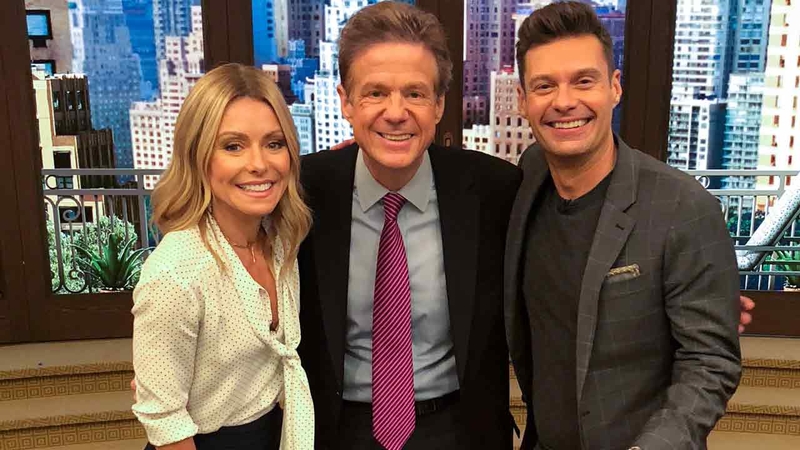 NEW YORK CITY (WABC) -- You may have already seen a series of public service announcements aimed at parents and their kids. The PSAs stress the importance of being kind.

The idea is to try and stop the bullying that still goes on in so many schools with #ChooseKindness, a campaign which Disney/ABC Television is running this month.

One of the effort's designated Primary Ambassadors is Carrie Underwood. In her new single she takes note of the divisions in our country, but insists, "In the end, love wins."

All of which makes this tune the perfect theme song for the campaign. But she is not the only star behind the effort running in October, which is National Bullying Prevention month.

In their PSA, Kelly Ripa and Ryan Seacrest are urging viewers to choose kindness by reminding us of insults that should never be spoken like "ugly," "fat" and "stupid."

Both hosts have felt the sting of words like those in the past.

"I was a chubby kid," Seacrest said. "I was picked on for being chubby. I've told this story many times where I hated spring break because it meant I had to take my shirt off. I was not comfortable with how I looked at the pool, so I would swim with my t-shirt."

And times have changed for the worse, says Ripa, a mother of two sons and a daughter.

"Nowadays there's no escape" from bullying, she says. "There's no safe haven because the bullying can follow you everywhere because of social media, because of the internet."
Seacrest is also a Primary Ambassador for the #ChooseKindness campaign, and in his PSA, he has a message for kids like he once was.

"While everyone spent most of their time playing sports," he says in the PSA, "I had a microphone and hosted these pretend radio shows at home in my bedroom. I later learned there's value in being unique."

The effort also has help from some of ABC's biggest stars. The idea, says Disney/ABC, is to "celebrate inclusion, respect, and love."

To sum up, Seacrest says simply, "Being kind is cool. So if you want to be cool, be kind."

Disney/ABC is joining non-profit partners like The Gay, Lesbian And Straight Education Network, GLAAD, PACER, No Bully and Common Sense media for the #ChooseKindness campaign, which is now in its sixth year.