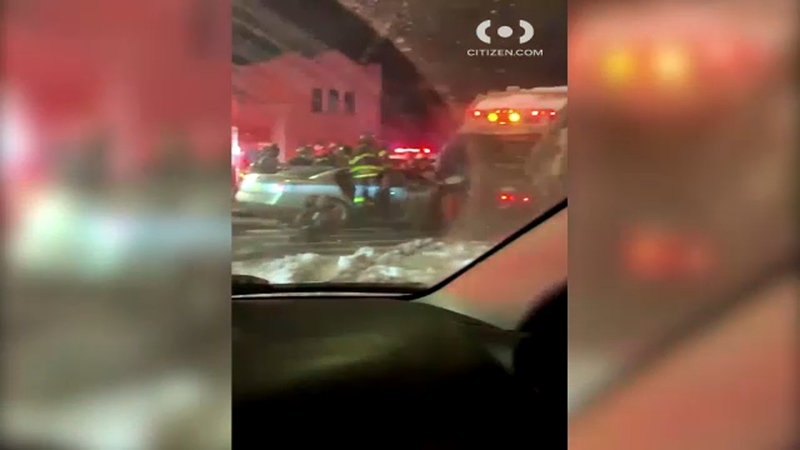 Driver killed after slamming into sanitation truck in Brooklyn

CANARSIE, Brooklyn (WABC) -- A driver was killed after his vehicle slammed into the back of a New York City sanitation truck in Brooklyn early Sunday morning.

The crash was reported near East 88th Street and Flatlands Avenue just before 4 a.m.

According to reports, the driver of the Nissan Altima smashed into the back of the truck while one sanitation worker was inside and a second worker was standing nearby.

The 32-year-old driver was rescued from the vehicle and taken to the hospital where he died from his injuries.

He was later identified as Kenneth Pamphile. It is unclear what caused him to crash into the truck.

Neither of the sanitation workers were injured.