1 critical after car flips onto sidewalk after crash in Brooklyn 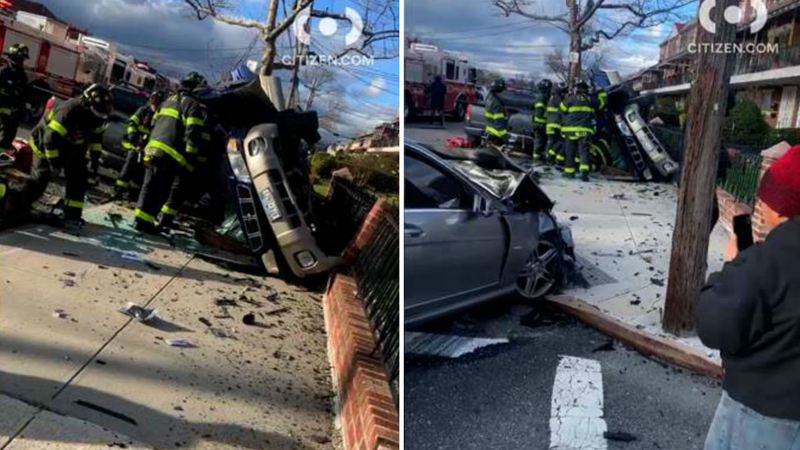 CANARSIE, Brooklyn (WABC) -- A man was critically injured when his vehicle flipped onto a sidewalk in Brooklyn after a collision.

The incident was reported Tuesday afternoon on East 105th Street and Avenue L.

Officials say the victim was driving a Subaru Forester eastbound on Avenue L when his vehicle was struck by a Mercedes Benz driven by a 17-year-old traveling north on 105th Street.

The impact caused the Subaru to overturn onto the sidewalk. Firefighters had to rescue the 65-year-old driver from the overturned car.

He was taken to Brookdale University Hospital in critical condition.

The 17-year-old driver was not injured and remained on the scene.