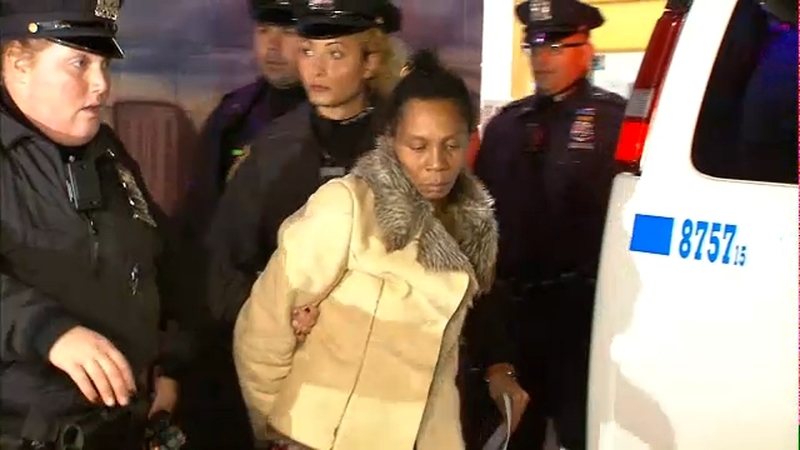 EAST NEW YORK, Brooklyn (WABC) -- A car was stolen in Brooklyn while a 2-year-old girl was sitting in the backseat.

Around 2:30 p.m. Sunday, Adrrea Arnold, 52, got into the 2009 Honda Accord that was parked and running at a gas station Euclid and Sutter in East New York.

Arnold was seen on surveillance getting something from the convenience store just moments before the mother pulled into the same gas station. While the mother got her snacks and coffee, Eyewitness News is told that Arnold jumped into the car with the toddler, and took off.

Arnold then drove to Sutter and Crescent, eventually hitting Lori Thompson's red Jeep. Thompson says her car was left pushed up on the sidewalk, leaking gas.

A biker was also struck and suffered minor injuries. He went into a nearby pizza shop to wait for an ambulance.

As for the baby, thankfully she was safely and quickly reunited with her mother.

"You leave the car running and go inside? I don't understand that at all," says neighbor Modesty Rodriguez.

The 2-year-old was taken to Brookdale Hospital as a precaution. She is expected to be okay.

Arnold is charged with kidnapping, reckless endangerment and grand larceny.