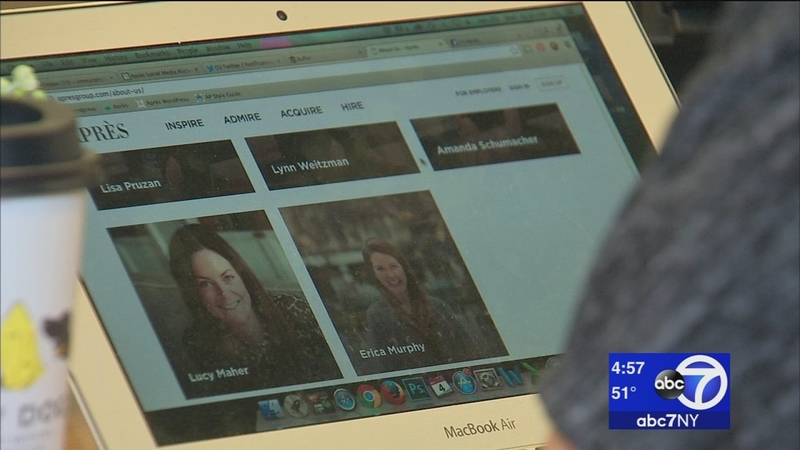 Website aimed to help new mothers get back into the workforce

NEW YORK (WABC) -- For women who have taken time off to stay home with their children, returning to the work force can be difficult and intimidating.

Seven years ago, Jennifer Gefsky traded her position as vice president and deputy general counsel for Major League Baseball to raise her children. When she tried to get back in the game it was tough going.

"The problem is when you're competing with millennials and Gen-Xers who don't have a gap in their resume, it's very hard to get noticed when you do have a gap in your resume," Gefsky said.

So she co-founded "Apres", the French word for after, and in this case, "Apres" refers to work after kids.

"What we basically offer is a pipeline between women re-entering the workforce and companies seeking diversity and talent and right now there's really no digital platform that does that," Gefsky said.

So far nearly 10,000 women have signed up and the site only officially launched Wednesday. It's a sure sign that women were looking for a platform like "Apres".

And companies are looking for them. A couple dozen have already signed on.

"I just got an email from HBO," Gefsky said.

There's interest from 150 others.

Gefsky estimates the pool of potential employees to be three million strong.

It's free to join "Apres". A $250 premium membership allows companies to see your information and seek you out.

Aside from job listings, "Apres" also offers coaching, classes, and a community of support.

"It's a journey. It is not easy getting back in the work force emotionally, logistically, so we want to provide a forum for women to connect with one another," Gefsky said.