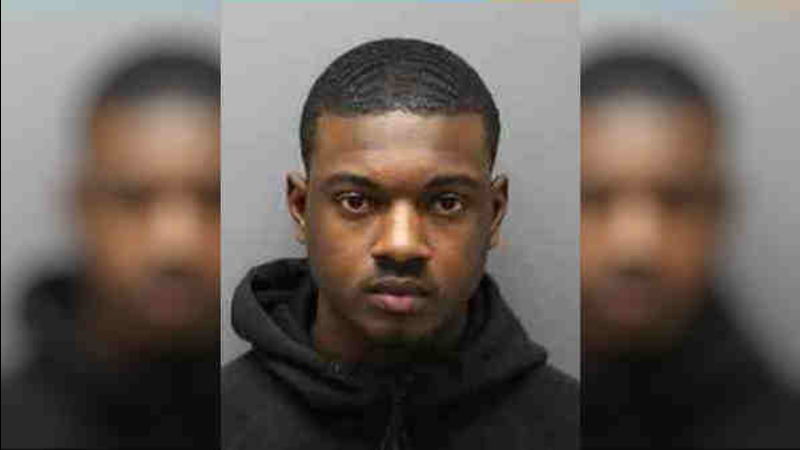 YONKERS, New York (WABC) -- The gunman in the shooting death of a pro baseball prospect in Yonkers was sentenced Wednesday.

Nashaun Hunter, 18, of the Bronx, received 25 years, the agreed upon sentence, in the death of Mike Nolan. He pleaded guilty to manslaughter in the first degree.

Nolan, 23, who was drafted by the Oakland Athletics in the 18th round of the 2014 draft, was shot in the head in September 2015 in a Yonkers Burger King parking lot. He died three weeks later. The suspects were arrested the following March.

Donna Nolan, the victim's mother, gave an emotional statement in court Wednesday, saying that Hunter will be out in 25 years but Nolan will still be dead.

"You make me sick, you are nothing but a punk coward," she said.

When asked if he wanted to speak, Hunter, the admitted triggerman in the shooting, responded, "all I have to say is, your son's not innocent." The judge admonished him for trying to shift responsibility for what happened.

In October, two accomplices who pleaded guilty in the fatal shooting were sentenced. A Westchester County judge sentenced Tejmitra Singh to 11 years in prison and Darren Dawson to 9 years. A fourth suspect, Garth O'Neil Cole, will be sentenced on Dec. 1.

Prosecutors said the drive-by shooting was payback for an earlier dispute between Nolan's friends and friends of the suspects, who traveled from the Bronx to settle the score.

Hunter was with co-defendants Singh, Dawson and O'Neil Cole. Suddenly, Hunter fired six shots from the back driver's side window of a Toyota Camry one of which struck Nolan in his head.

Nolan had been present during the fight, but not involved.

Detectives found .25 caliber shell casings at the scene. A .25 caliber bullet was recovered from the victim's body. No gun was ever recovered.

"You have not one ounce of remorse in you," Donna Nolan told Hunter. "The only thing you're sorry about is that you got caught."