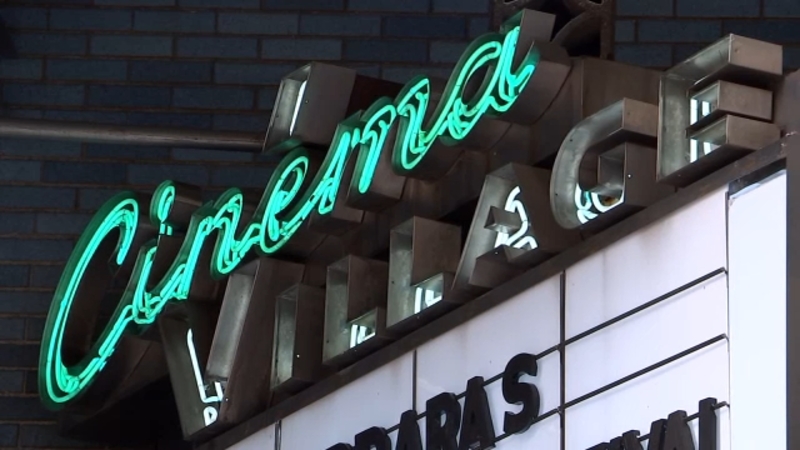 NEW YORK CITY (WABC) -- Millions tuned to home entertainment during the pandemic to cope with boredom and stress, and the result was a boom in streaming.

The expansion of streaming services during a time of lockdowns has left the future of New York City's movie theaters in doubt, especially when it comes to small, independent theaters.

When I was growing up in the city, we called them "art houses," and they were temples to cinema. They were places where independent movies made outside the Hollywood studio system were shown alongside foreign films.

One might think a place like Cinema Village on 12th Street might be threatened with extinction, but the popcorn popping at the concession stand tells a different story. And what we once took for granted takes on new meaning as a sound of a city coming back to life.

"This is like bust-out time in New York," filmmaker Abel Ferrara said. "Glad I got here at the time like everybody's out of their padded cell."

The Jimmy Awards honor the best musical theater performers in the nation's high schools, and the nominees are coming together ahead of the show.

Ferrara is in the Big Apple for a retrospective of his work at Cinema Village, an independent theater owned by the subject of his 2019 documentary "The Projectionist."

In that film, Nick Nicolaou explains why he continues to operate his art houses.

"Because it combines two things I like to do," he said. "Make money and keep neighborhood theaters alive."

Outside Cinema Village, Nicolaou argues for the continued viability of places like his, even after the pandemic.

"You got 200, all types of people sitting in one place, crying, laughing together, who may not want to socialize with each other," he said. "But in a way, they're socializing, and that makes humanity better."

Making humanity better is the goal of the documentaries made by Charlie Minn.

His new one, called "915: Hunting Hispanics," takes its title from the area code for El Paso, Texas, site of a mass shooting at a Walmart in 2019.

"The killer admitted he was targeting Mexican people," he said. "Being Asian American, I know the feeling of being targeted."

The title of Minn's film is, like the movie itself, a punch to the gut designed to wake us all up.

He's sold 20 of his movies to a streaming service, but showing "915" on a big screen at Cinema Village gives it more impact.

"Because you're going to feel like you're there," he said. "Whereas if you saw it at home on a little computer or on your phone no less, it may not have that impact."

The musician Ahmir "Questlove" Thompson is looking to restore a lost chapter of Black history with his directorial debut in a "Summer of Soul" in Harlem.

And seeing it with others allows for more discussion afterwards on the topics raised.

"We need more dialogue in our society and less violence," Minn said.