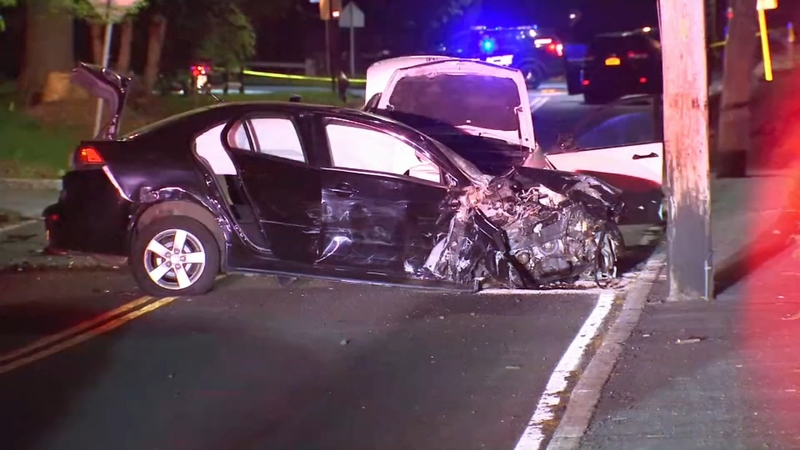 NEW CITY, Rockland County (WABC) -- A Clarkstown North High School student was killed and two other people were injured in a three car-crash late Thursday, and authorities say the driver -- an 18-year-old -- was intoxicated.

The most seriously hurt, a 17-year-old girl and a 16-year-old boy, were both passengers in a black Mitsubishi Lancer operated by 18-year-old Alan Mendoza.

A Chihuahua is lucky to be alive after she was found dumped in a tied up garbage bag and sealed in a closed container for 17 hours in Westchester County.

The girl is hospitalized in stable condition, but the boy, identified by the Rockland Board of Coopertative Educational Services (BOCES) as Valdyslav Hvalyk, passed away from his injuries Friday afternoon.

"Clarkstown suffered a grievous tragedy late last night with a now fatal car accident involving three young people," said supervisor George Hoehmann in a statement. "This is every parent's worst nightmare. A senseless preventable tragedy that has taken the life of a sixteen year old; left another in serious condition and forever altered the lives of many families."

According to a statement from the Rockland BOCES, Hvalyk was a junior at Clarkstown High School North and a criminal justice student.

It is unclear if he is also a student at the school.

Anyone who may have information relating to the accident is asked to please contact the Clarkstown Police Detective Bureau at (845) 639-5840.

The tragedy comes two weeks after a 16-year-old Suffern High School student died in a similar incident where a teenage driver is believed to have been intoxicated.

Jacqueline Zangrilli was killed in a crash that happened around 3 a.m. on Route 202 in Montebello.