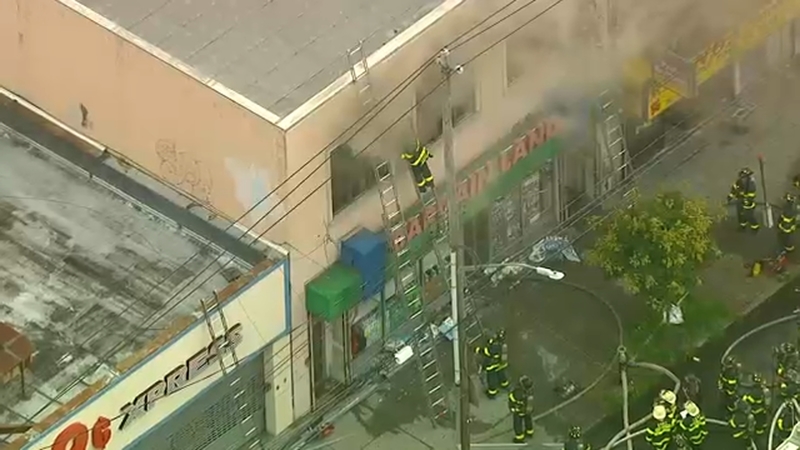 The fire broke out on the first and second floors of Bargain Lane on Mermaid Avenue just before 6 a.m.

Fire officials said it was unoccupied when firefighters arrived on the scene.

By just before 8 a.m., the fire was at four alarms with 39 units and some 170 firefighters trying to contain the blaze.

"The main difficulty with this building was accessing the main body fire, due to it was in a setback on a mezzanine level," said John Hodgens, Chief of Operations, FDNY. "And we had limited ventilation of the areas so the firefighters operated in very difficult conditions."

John Del Giorno reports over the scene of the spilled vegetables on the Brooklyn Queens Expressway.