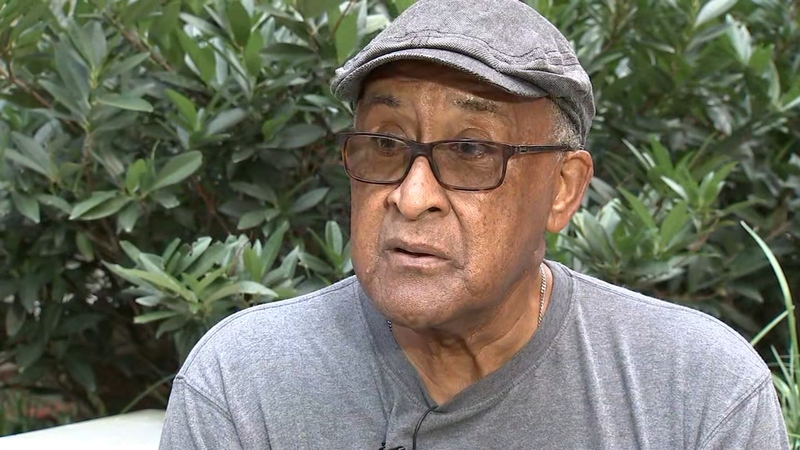 NEW YORK (WABC) -- There is no shortage of 9/11 survivor stories, but retired FDNY Fire Marshal Conrad Tinney's might be in a league of its own.

On September 11, 2001, and throughout the days and weeks that followed, Tinney spent endless hours at the city morgue and at ground zero identifying many of New York's Bravest.

His unyielding dedication prompted a threat from the chief medical examiner to, "Go home or I'll have you physically removed."

"My job was to alleviate the pain and suffering from the families," Tinney said. "We identified them based on the records we had and photographs."

Tinney spent all that time shuttling back and forth between the morgue and the mountain of debris. He never wore a mask or respirator, saying he was told the air was fine.

In 2007, a routine doctor's visit and a scan administered by the World Trade Center health program revealed a small nodule in his left lung.

That led to a lengthy list of 9/11 health-related problems that persist to this day.

"Lung cancer, constant lung infections, then lymphoma, bronchitis, pneumonia," he said. "It went septic, and then the heart."

After losing so many friends to the same health problems he suffered, Tinney finds it hard to believe he has lungs largely free of cancer, but a heart full of gratitude.

"I have made it a point," he said. "Every morning, when my feet hit the floor, the first thing I do is cross myself and say, 'Thank you.'"

To his FDNY brethren, the 74-year-old now lives by the motto that grew out of that fateful day 20 years ago -- Always remember, never forget.