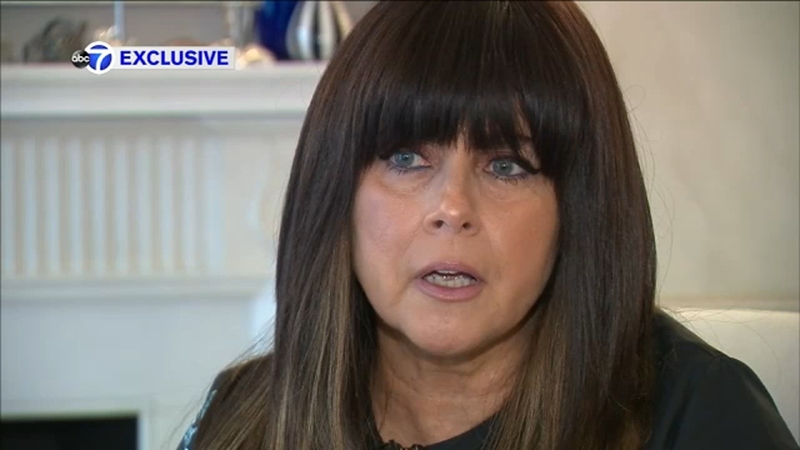 NEW YORK (WABC) -- Devorah Halberstam is a mother who has dedicated her life to fighting hate crimes and terrorism.

In 1994, her 16-year-old son was murdered after a gunman, motivated by anti-Semitic hate, opened fire on a van carrying several kids on the Brooklyn Bridge ramp.

"I will never forget Ari, I will never stop fighting for justice for Ari," Halberstam said.

"This panel is another layer of rigorous review to ensure that we get it right," NYPD Chief of Department Rodney Harrison said.

That's why last month when the NYPD created a civilian hate crime review panel in response to the recent wave of anti-Asian attacks, Halberstam was named the chairperson. The panel is her brainchild.

"There is a loophole there and it is that loophole that I rose up to fill," Halberstam said. "We need civilians. They are the victims. Victims have no voices."

In this Eyewitness News Exclusive, Halberstam says her beef is with prosecutors.

After a 36-year-old Asian man was stabbed in his back earlier this year in Chinatown cops slapped the suspect with a hate crime charge.

But just a day later, Manhattan DA Cy Vance dropped it, saying there was no evidence the assailant knew his victim's race.

"I have many questions for Cy Vance. I rest my case," Halberstam said.

Halberstam also has plenty of fire for Albany.

"I have never received to date, as long as I'm alive on this earth, in the last 27 years from the day my son was murdered, ever, a call from a legislator in Albany, not from the Assembly and not from the Senate side and not from the Governor asking me, asking me do I approve of this legislation," Halberstam said.

She says it's time to revisit hate crime laws.

"Whatever is in place now is clearly not enough," Halberstam said.

Bail reform she says is costing victims and would-be victims.

"Bail reform is not about criminal justice reform. Bail reform is something completely different. It's letting bad people out that shouldn't be there," Halberstam said.

And she says too many defendants are claiming to be emotionally disturbed or mentally ill, but taking advantage of the system.

"In how many instances did a judge order a competency hearing," Halberstam said.

Halberstam thinks there needs to be a bill to require competency hearings in such cases.

She says that just because someone claims to be mentally ill, it doesn't mean they can't commit a hate crime.