7 On Your Side: NJ woman waiting months for billion-dollar company to refund $59.11 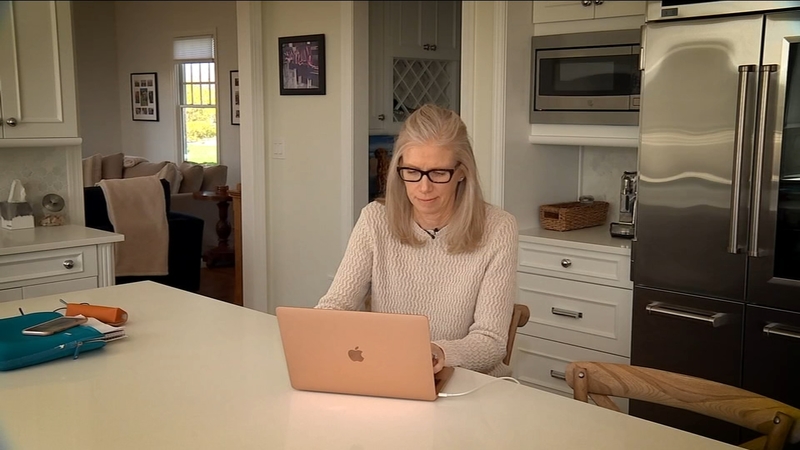 COLTS NECK, New Jersey (WABC) -- 7 On Your Side's Nina Pineda regularly recovers five- or even six-figure amounts for Eyewitness News viewers. But this time, she helped solve a problem worth just $59.11.

While the amount owed was small, the frustration felt recovering the money was through the roof. The reason: The company owing the money is a household name worth billions.

Verizon's net worth stands at $224 billion, yet Diane Belforti was baffled as to why couldn't get the $59 the wireless giant owed her.

"I guess I didn't want to give up these just on principle," she said. "I just think it's simply wrong."

It was a last-minute CARFAX confusion when one New Jersey car owner found her vehicle history report had one big error costing her thousands. Nina Pineda has the story.

The money belonged to her late father, Bud Joy, who died from cancer last year. The credit was for his disconnected cell phone, but getting the tech company to cut a check has taken the family longer than settling everything in the estate.

"Every single aspect of it, including selling his house, you know, investments, banking, everything, and this was the final thing that I just could not get resolved," Belforti said. "I feel like my father is of that generation, like $59 might not mean a lot to a lot of people, but it's $59 my father worked hard for."

She and her husband took over the small family business her dad ran, an appliance store that's been in Red Bank for 60 years. His dad, Paul Joy, founded Better Housekeeping in 1939. Metal was in short supply because of World War II, so they repaired -- not replaced -- appliances when broken.

The average wage was 30 cents, so someone would have to work 25 eight-hour days to to earn the $59 needed to buy a Westinghouse electric washer.

The mountain of a man knew his cancer was terminal, so he organized all his affairs. His two daughters got power of attorney and became will executors, and they made smart moves like adding their names to bank accounts, titles and investments.

The cell phone bill was one thing they didn't think would be an issue.

She had to send letters from the court and his death certificate, but the check never arrived.

"I don't think I ever reached that point (of giving up) until I contacted 7 On Your Side," Belforti said.

The FTC estimates that $750 million has been lost to cryptocurrency scams. Nina Pineda has more.

So we contacted Verizon, and eight emails, five texts, and 10 days later, Belforti got the money.

"I finally have the check," she said. "I am so appreciative to 7 On Your Side, because there's no way I could've resolved this on my own."

Fill out the form below or email your questions, issues, or story ideas by filling out the form below or by emailing 7OnYourSideNina@abc.com. All emails MUST INCLUDE YOUR NAME AND CELLPHONE NUMBER. Without a phone number, 7 On Your Side will not be able to respond.
Report a correction or typo
Related topics:
societycolts neckred bankmonmouth countyverizon7 on your side
Copyright © 2022 WABC-TV. All Rights Reserved.
7 ON YOUR SIDE
DoorDash customer gets more than Italian ice after hit and run
7 On Your Side tips to stretch your dollar and combat inflation
Queens baseball teams unable to use home field get new mound
How to customize your mortgage rate for a better deal
TOP STORIES
Girl fatally shot in stomach by gunman on scooter ID'd
NYC expected to elevate to 'high' COVID alert level in coming days
President Biden to meet with Buffalo shooting victims' families
Man dead after flames ravage home in Brooklyn
AccuWeather: Refreshing and breezy
Gunmen wanted in string of armed robberies in Brooklyn
Return of warm weather brings tick season, NY officials issue warning
Show More
'Be very afraid': Mayor warns of potential Supreme Court gun ruling
NJ residents angry with homeless shipping container housing location
You can now order 3rd round of free at-home COVID-19 tests
Elementary student brings loaded gun to school in NJ
Baby giraffe fitted with orthotic at San Diego Zoo Safari Park
More TOP STORIES News