Earthquake in Pakistan kills at least 15, including 8 children; 200 hurt

QUETTA, Pakistan -- At least 15 people, including eight children, were killed and 200 injured after a 5.9-magnitude earthquake hit southwestern Pakistan in the early hours of Thursday, local authorities said.

The toll was revised down by Pakistan's Provincial Disaster Management Authority from 20 dead and more than 300 injured.

The quake struck near the remote, mountainous Harnai district of Balochistan province at about 3 a.m. local time, according to the US Geological Survey (USGS).

The USGS initially measured the quake at 5.7 magnitude, but revised it to 5.9 a few hours later. It also revised the depth from 12.9 miles to 5.6 miles.

The quake caused power outages and damage across Harnai, according to resident Zafar Khan Tareen. The district consists of numerous scattered villages of basic mud houses that are home to coal mining communities.

"We went out and took our children out at the same time. Thank God everyone in our house is safe. However, the roof and walls of the house were badly damaged," he said. "Almost all the shops have also collapsed and in every street of villages ... one or two people have died and many children are among the injured."

Harnai resident Muhammad Ali said his daughter was killed when a room in his house collapsed. The other rooms were also badly damaged, with cracks in the walls, he said.

"When the earthquake occurred last night, many people ran out of their houses. We also ran out but one of my daughters died, two other girls were left behind and are injured," he said.

RELATED: How to help Haiti: List of organizations accepting donations after deadly earthquake

In a Twitter post Thursday, Pakistani Prime Minister Imran Khan expressed his sorrow at the loss of lives in the earthquake.

"I have ordered immediate assistance on an emergency basis for the Harnai, Balochistan, earthquake victims & for an immediate assessment of the damage for timely relief & compensation. My condolences & prayers go to the families who lost their loved ones," he wrote.

"Since 3 a.m. the rescue operation has been underway. The injured have been taken to the hospital via helicopter," Afridi said, adding the situation is "currently under control."

A road leading to the district has been blocked by a landslide, according to the Balochistan Levies Force, the paramilitary law enforcement group in the province. A video posted by the group on Twitter showed officers working to clear the road, removing debris by hand in the headlights of two vehicles.

The last time a major earthquake hit Balochistan was in September 2013. A 7.7-magnitude quake struck the remote, sparsely populated area of Awaran, killing at least 330 people and injuring 445 others.

Entire family rescued from under rubble of their house in Syria

The Turkey earthquake is one of the deadliest this century. Here's why 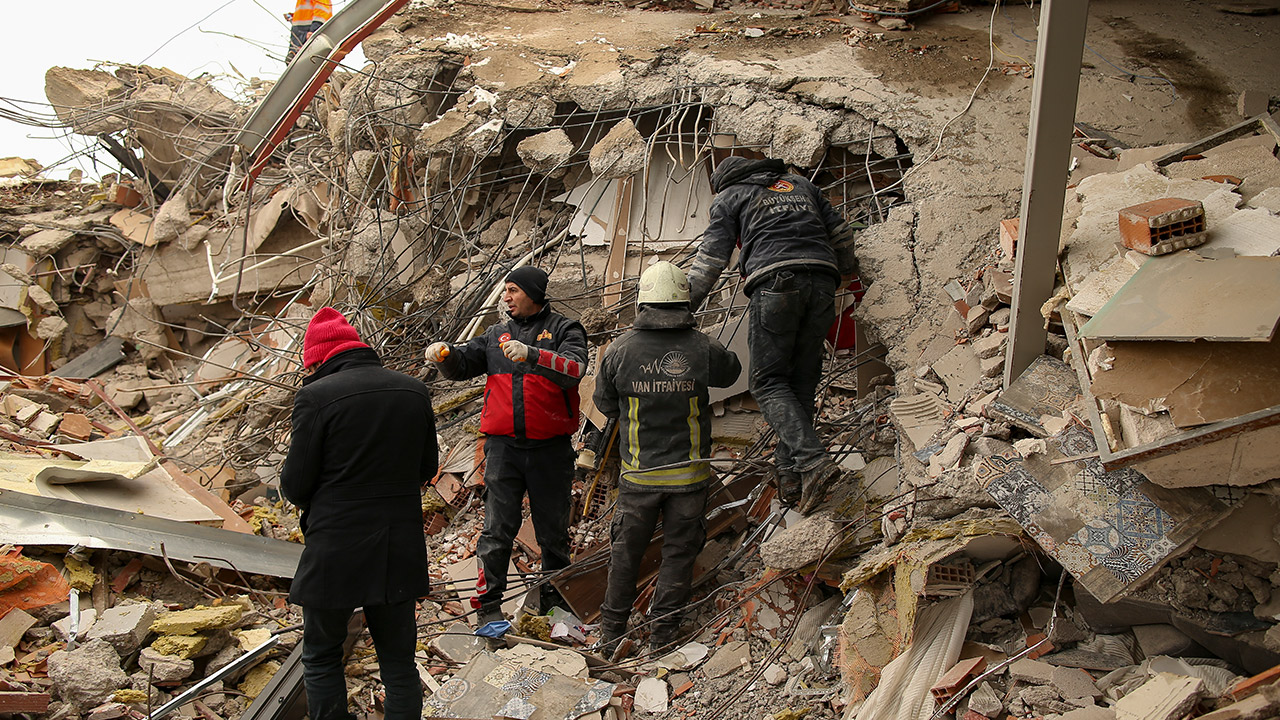