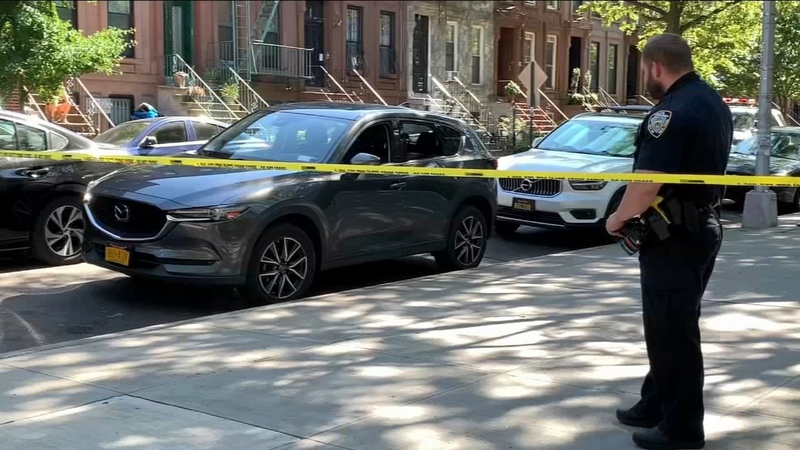 Charges pending against man in murder of teen over parking space

BEDFORD-STUYVESANT, Brooklyn (WABC) -- A man was charged in a stabbing that killed a 15-year-old boy in Brooklyn.

Elvird Joseph, 48, is charged with manslaughter and criminal possession of a weapon.

Police say the incident started when Joseph attempted to park his car on Decatur Street in Bedford-Stuyvesant around 2:30 p.m.

The 48-year-old was apparently attempting to pull into a spot, but his path was blocked by a car that was double parked.

The man went to talk to the young adults about the double parked car, and a dispute ensued.

Police say the group surrounded Joseph, who then stabbed 15-year-old Tory Lovik in the chest.

"It's sad," one area resident said. "It's a shame, especially when it has something to do with an adult and a child. It really doesn't make any sense."

Joseph was taken into custody but had been hospitalized for a medical condition following the fatal stabbing.

He has a pre-exiting condition and requires dialysis.
The investigation is active and ongoing.

New York City authorities announced another round of arrests and seizures of thousands of dollars worth of illegal fireworks.