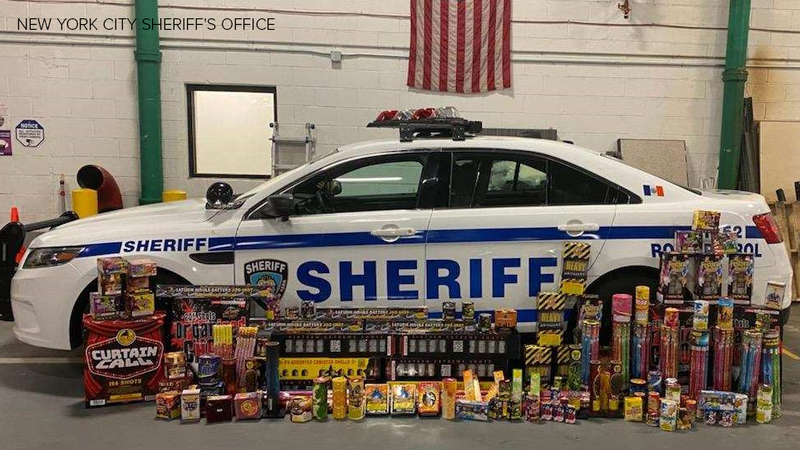 NEW YORK (WABC) -- New York City authorities announced another round of arrests and seizures of thousands of dollars worth of illegal fireworks.

They are charged with reckless endangerment and unlawful dealing with fireworks.

Meanwhile, three unidentified individuals were similarly charged in a separate bust that resulted in roughly $4,100 worth of fireworks being confiscated.

Earlier this month, three men and a woman were taken into custody, while a huge collection of high-powered fireworks were taken from a van.

That came just days after Mayor Bill de Blasio announced a large-scale, multi-agency crackdown leading up to the July 4 holiday.

Authorities are reminding the public that fireworks are illegal in New York City.

The FDNY is urging all New Yorkers to call 311 to anonymously report the use, delivery or sale of fireworks.