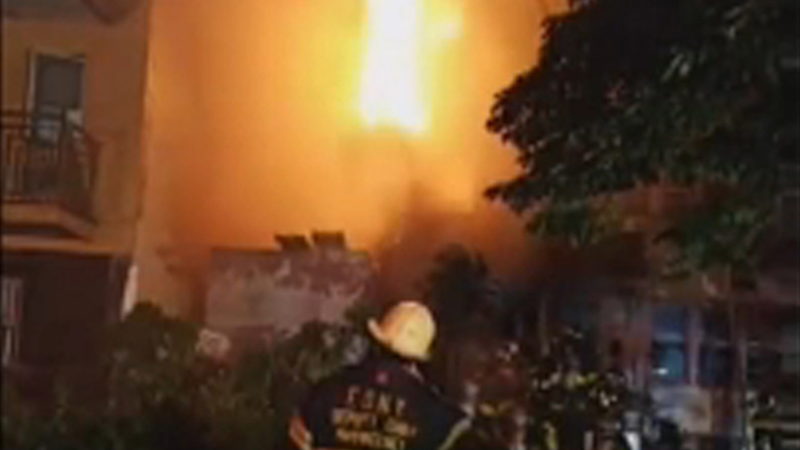 The fire broke out inside the home on 41st Avenue in Flushing just before 2:15 a.m.

The two people who escaped before firefighters arrived had no business being in there.

"It's supposed to be a vacant building," said Deputy Chief Brendan McSweeney, FDNY.

Nobody lived there, but it definitely was not vacant.

Flames ripped through the two-story home with sparks flying into the air from nearby power lines.

"They hear like sparking, explosion and the fire started right away," said George Altamirano, a neighbor.

Firefighters cleared piles of debris from inside the home that likely fueled those flames.

The deputy fire chief told Eyewitness News that nine of his firefighters suffered minor injuries and two squatters inside were injured, but got out before his crews arrived.

The attached home next door was not burned, but neighbors were evacuated for awhile before being allowed back inside later in the morning.

"It is suspicious and they are investigating," McSweeney said.

Neighbors say the home's been vacant for many years.

"The kids call it a trap house, meaning there's a lot of vagrant people that go there, like people that are on drugs or just need a place to stay and they hang out over there," said Sherrell Jordan, a neighbor.

"The middle school's right up the block from here," Jordan said. "They know that's not where you go and play in front of or anything like that."

Meanwhile, the next-door neighbor is demanding to know why this home was not taken care of sooner.

While she didn't want to appear on camera, she gave Eyewitness News emails showing she alerted the state Department of Health on March 19th writing: "My neighbor's house is vacant and disgusting! Many drug addictive and homeless live there. It's dangerous and will cause fire easily!" 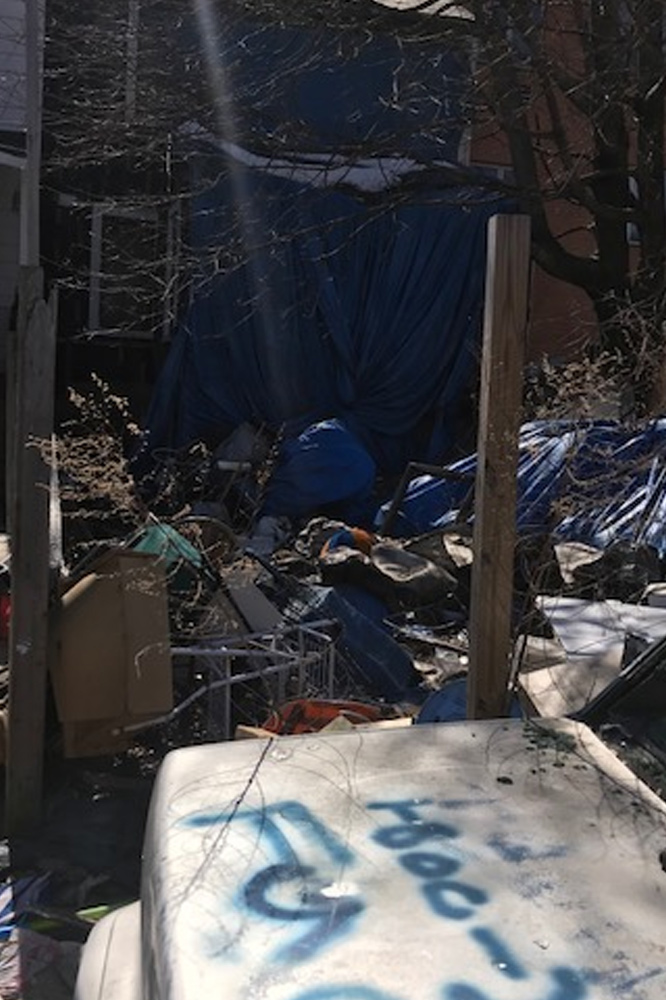 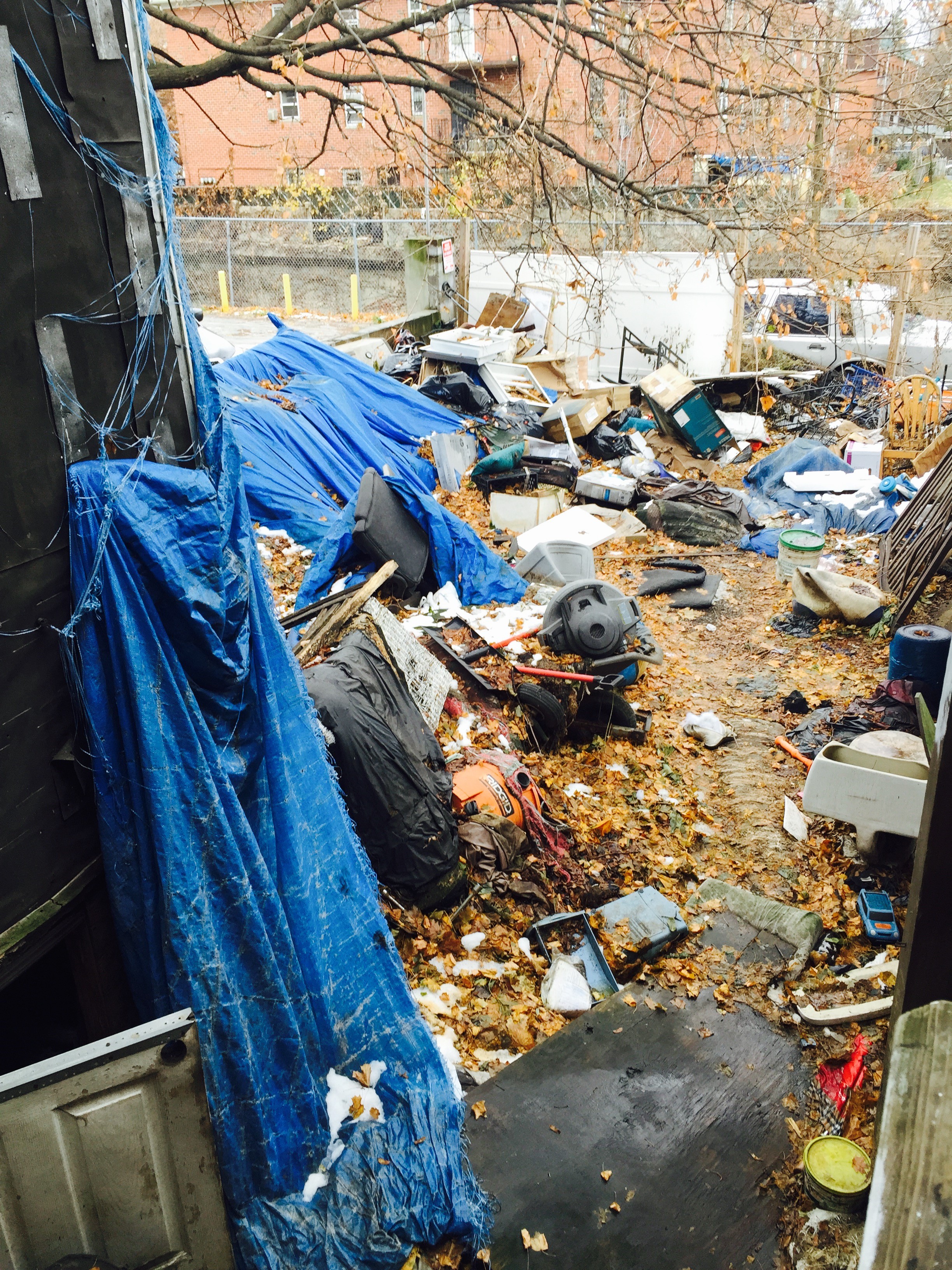 The city did respond saying,

"Dear *redacted*,
Thank you for contacting the New York State Department of Health. We, too, share your concerns and agree that this property is a fire hazard. Are there rats there, also?
We suggest that your first step should be to call 311. They will give you a complaint number. Then, if there is not progress in an acceptable amount of time, you may call them again and refer to the complaint number to find the status of your complaint.
If I may be of further assistance, you may contact me directly."

The neighbor wrote back again saying,
"Just following up if anyone takes care of this? Summer is coming and with all the homeless live in there, I'm really worry!"

The city responded,
"Please tell me the complaint # that 311 gave you, so we can follow up."

As for that complaint, the state Department of Health told the neighbor to call 311. But Monday morning, the city told Eyewitness News the last complaint they got was in 2013.