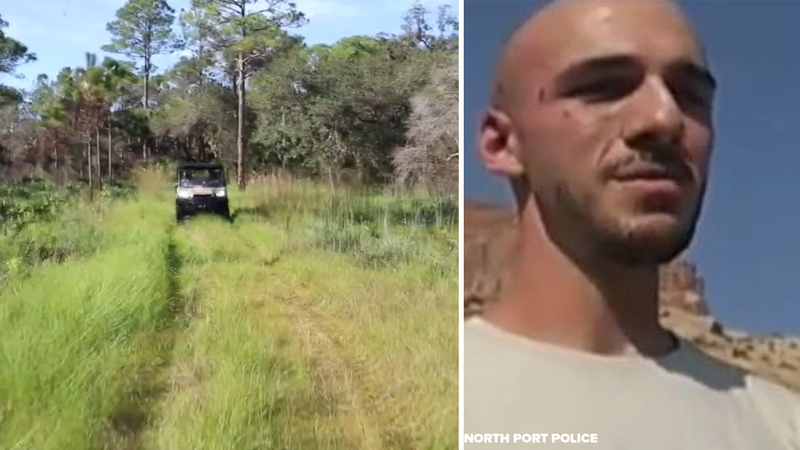 NEW YORK (WABC) -- Brian Laundrie's father has joined in the search for his son in connection with the Gabby Petito case.

Law enforcement wanted Chris Laundrie to direct them within the Carlton Reserve to a spot where he claims Brian might be hiding.

"Today Chris Laundrie accompanied members of law enforcement into the Reserve to show them the trails and places Chris and Brian have hiked and which Brian was known to frequent," Laundrie family attorney Steven Bertolino said. "There were no discoveries but the effort was helpful to all. It seems the water in the Preserve is receding and certain areas are more accessible to search. The entire Laundrie family is grateful for the hard work of the dedicated members of law enforcement that have been searching the Preserve for Brian over the last few weeks. Hopefully Brian will be located soon."

The trip was supposed to take place Wednesday, but Bertolino said police postponed it.

Gabby Petito was traveling with her fiancé, Brian Laundrie, in a cargo van the two had outfitted as a makeshift recreational vehicle for a months-long cross-country road trip when she mysteriously disappeared.

Bertolino also recently confirmed that Brian flew home to Florida and then back to Utah, in the middle of the couple's road trip.

The attorney says Brian went to Florida to obtain some items and close a storage unit, leaving his fiancée alone out west.

Petito, 22, was found dead in Wyoming on September 19.

Laundrie's trip back to the Tampa area came five days after he and Petito were stopped by police in Moab, Utah, where witnesses reported the couple was engaged in a domestic violence incident.

Bertolino said Laundrie's parents last saw him on September 13 and not the following day, as they originally told police.

They say he went to go on a hike.

"The Laundries were basing the date Brian left on their recollection of certain events," Bertolino said. "Upon further communication with the FBI and confirmation of the Mustang being at the Laundrie residence on Wednesday, September 15, we now believe the day Brian left to hike in the preserve was Monday, September 13."