Gas prices are at a 7-year high, just in time for Memorial Day travel 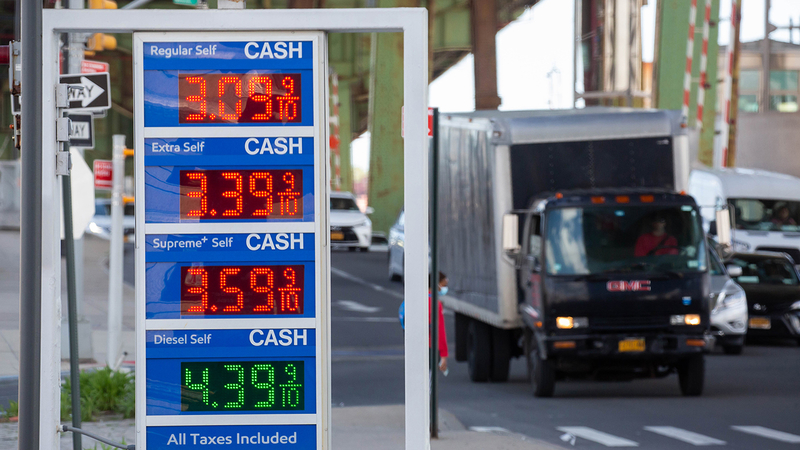 And that could be the least of the problems for those taking to the highways for summer vacations. The gas shortages experienced earlier this month when a key pipeline shut down could once again be on the horizon, according to experts.

This time, the squeeze could be triggered by the lack of tank truck drivers to deliver the fuel, and a repeat of panic buying by travelers topping off their tanks.

"I think we have to worry about prices, supply and crowd behavior," said Tom Kloza, global head of energy analysis for the Oil Price Information Service, which tracks gas prices for AAA.

First the prices: The nationwide average cost for a gallon of regular gas is now $3.04, according to AAA, essentially matching the seven-year high set earlier this month, and up 58% from a year ago.

Last year, stay-at-home orders early in the pandemic caused oil and gas prices to crash, taking the average per gallon price below $2. But even when compared to Memorial Day of 2019, prices are still up 7%.

Higher oil prices brought on by a pickup in economic activity and subsequent demand for fuel is driving the increase. The start of the summer driving season this weekend will also boost demand and add further pressure to prices, as will the annual requirement that gas stations switch over to the more expensive "summer blend" designed to cut down on seasonal smog.

But prices vary greatly at the roughly 150,000 stations nationwide, due in part to varying taxes and fees, and partly due to the supply of fuel from refineries in specific regions. Only one third of US stations are selling gas for more than $3 a gallon, but the areas where prices are even higher are lifting the national average. Even so, the most common price nationwide is just one tenth of a cent below $3.

For example: virtually every station in California is selling gas for $3.75 or more, with an average price for regular at a national high of $4.17. Meanwhile Louisiana and Mississippi are at a national-low average of $2.72 a gallon, with almost no stations in either state charging $3.

More than 1,000 gas stations in the Southeast reported running out of fuel as the shutdown of a major pipeline by hackers entered its fifth day.

A repeat of shortages?

High prices notwithstanding, a potential supply shortage of gas looms as perhaps the more serious problem this summer.

A preview of what that could look like came earlier this month when the Colonial Pipeline, a major artery delivering fuel from Gulf Coast refineries to the East Coast, was shutdown for about a week due to a cyber attack, prompting widespread outages at stations in many states.

But experts aren't worried as much about another malicious hack as they are about a critical shortage of truckers qualified to drive the tankers that deliver gas to stations.

An estimated 20% to 25% of tanker trucks are currently parked due to a lack of drivers, according to National Tank Truck Carriers, the industry's trade group. But even before the pandemic, there was a driver shortage as the industry lost a number of them during the economic slowdown that caused the demand for gas to plunge.

The supply shortage might initially hit only a few small, independent stations. But the worry is that even a handful of stations running dry could spark panic buying, particularly in beach communities and other vacation hot spots.

After all, nervous drivers topping off their tanks was just as significant a cause of the recent shortage as was the Colonial shutdown, Kloza said. And fresh memories of that shortage only make that kind of panic buying more likely, he added.

"I think the propensity for panic among the population is much, much higher than it has been," Kloza said.