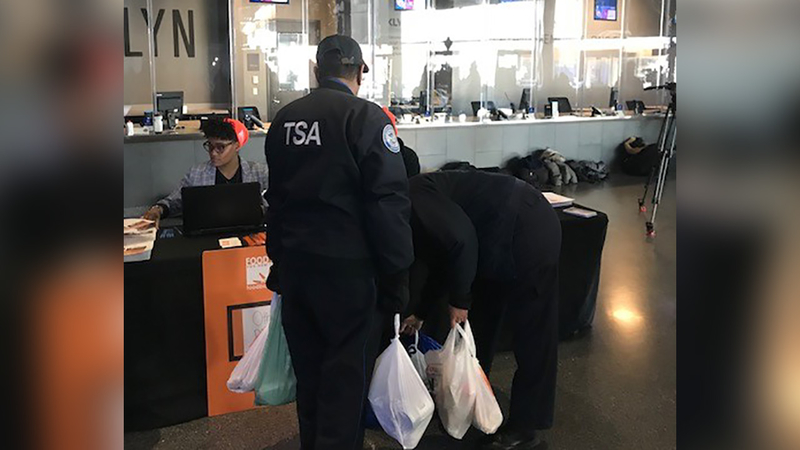 BROOKLYN, New York City (WABC) -- There is an outpouring of support for federal workers around the New York area who aren't getting paid due to the government shutdown.

And in Brooklyn Tuesday, the Nets and the Barclays Center teamed upw with the Food Bank for New York City to pass out food.

Folks from the Food Bank for New York City handed out bags of fruit, vegetables, meat and other basic items to help them get by.

"It's a little embarrassing," Peek-Williams said. "You're working and you have to come to a food bank. But at the same token, I'm not ashamed. It's the people in Washington DC are the ones who should be ashamed."

Chante Johnson lives in the Bronx and has worked for the IRS for more than 20 years.

"People have forgotten about us," Johnson said. "This right here gives us hope. Nobody didn't really forget about us."

For Troy, this event came at the right time.

The 38-year-old was hurt on the job months ago and was already waiting for a check from a federal agency.

"The shutdown happened before I got compensation, so I went from that non-pay situation to this non-paying situation," he said.

Peek-Williams never thought she'd have to make decisions like this.

"Absolutely not," she said. "Been working for 32 years and been involved with shutdown before. But this is the worst."

As for Johnson, she's trying to remain optimistic, grateful for all of the help.