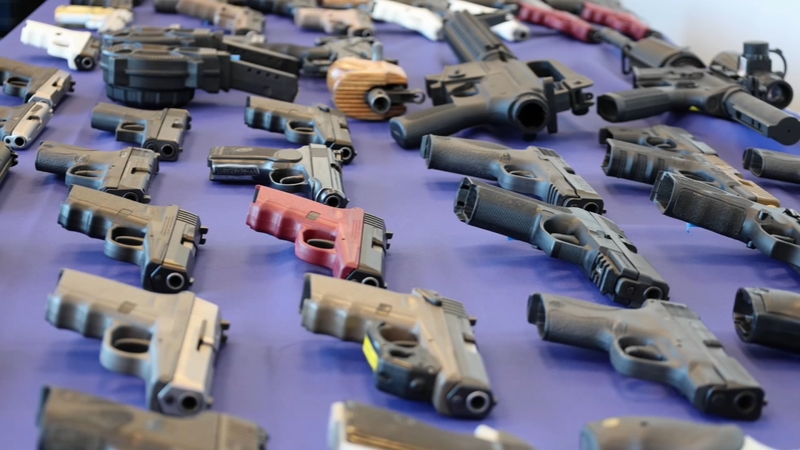 BRONX, New York (WABC) -- A college student from the Bronx has been indicted for selling 73 weapons and high-capacity magazines to an undercover NYPD officer.

Authorities say 23-year-old Shakor Rodriguez transported the weapons from the south, and sometimes carried them on a bus in a duffle bag.

He is charged in two indictments totaling 304 counts.

According to the investigation, Rodriguez sold most of the weapons near his former home near Weeks Avenue and Nelson Avenue in the Bronx, and multiple sales occurred on Allen Street in Manhattan.

"Stopping traffickers who flood our streets with illegal guns is mission critical in our work to smash the Iron Pipeline," NYPD Commissioner Keechant Sewell said. "The NYPD's officers, working with their prosecutorial partners in the Bronx District Attorney's Office, are the first line of defense in protecting our residents, our families, and our children from the scourge of gun violence and I commend their work in this important case."

RELATED | Bronx DA Darcel Clark to man who shot baby girl: 'You're not going to get away with it'
EMBED More News Videos

The investigation is continuing into how he obtained the guns and where they were purchased.
News of the major arrest comes as the Interstate Task Force on Illegal Guns held its first meeting.

Nine states, federal law enforcement agencies, and the NYPD are now working together to stop the flow of illegal gun.

"This is a national crisis, 90 of the 100 cities in the America are seeing an escalation in gun violence cases and we have to make sure that we're working together," she said.

The task force will focus on real-time intelligence gathering.

Funds will be spent on social media analysts to identify people before they buy an illegal gun.